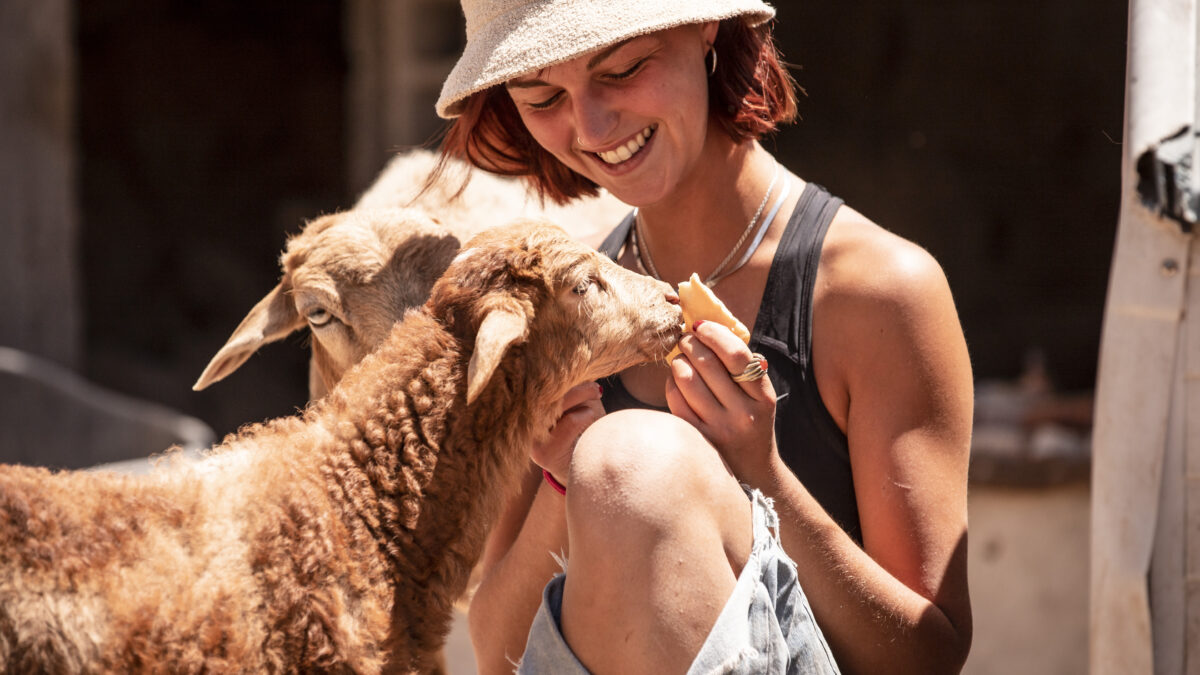 Between them they’re responsible for looking after some of the finca’s biggest characters including the dogs, ducks, cats, chickens, guinea pigs, birds, goats, sheep, rabbits, pigs and even the tortoises! Like Charlie’s Angels, but with an extra chica and always stylishly covered in animal poo and mushy food: meet Lena, Alina, Diana and Chiara….our small animal team.

But what are they like?
We spent the morning chatting to this finca-four about everything small animals. Here’s what they told us about how the small animal team rolls… 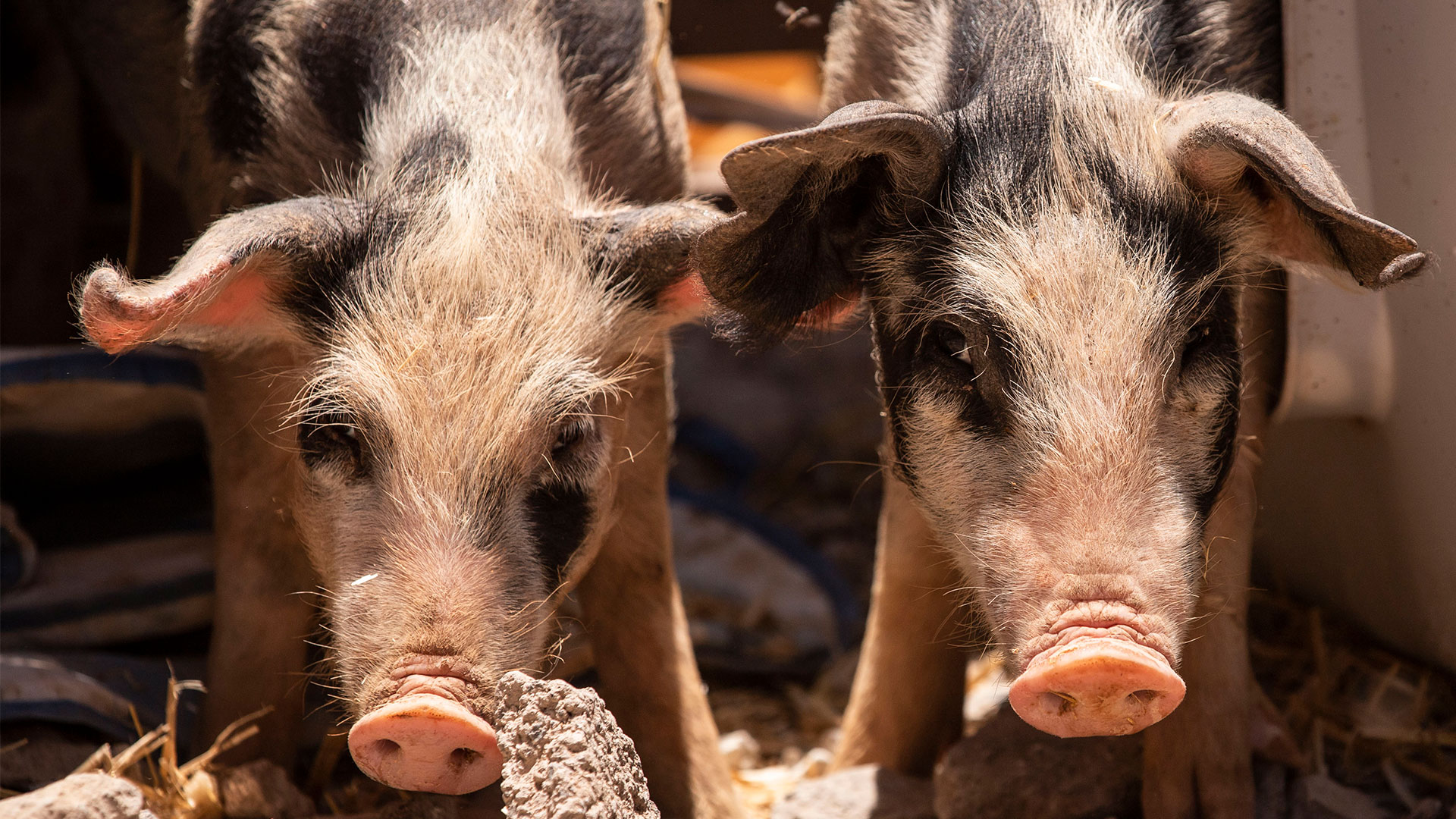 What’s your favourite part of the small animal shift?

Lena - I actually like cleaning, for real! When you go into the animals’ enclosures without food, you realise that they still come to greet you and sniff you in a friendly, non-food-wanting way. That’s true love.

Alina - I love visiting the leukemia cats. You can sit quietly with them, rest, and take a moment to really cuddle them. Especially Tattoo, who is always meowing and waiting for me, naww.

Chiara - Any time that I’m outside and with the animals, which is most of the shift!

Diana - First thing in the morning when the animals are all super hungry and make all of their different sounds asking for breakfast - it’s a full choir out there.

Who are the biggest characters in the small animal kingdom?

Alina- Our pigs, Daisy and Maisy, are hilarious and completely crazy. They are SO excited to see you all the time. They push you, they step on you, they shove their noises right through your legs….all the while screaming for their food! Once their heads get into those food buckets, you don’t see them again for a long time.

Diana - The sheep, our black one is crazy and likes to try to attack people, and the other one is super chilled and friendly. The contrast is so funny.

Chiara - The sheep for me too. In normal life I’d never have made friends with sheep, or thought it was possible, but here I’ve fallen in love with them. That’s what you get from spending more time with animals and just being outside.

Lena - Don’t make me choose! But Meh the goat is a bit of a comedian and a complete softie -
especially when you give her a brush. 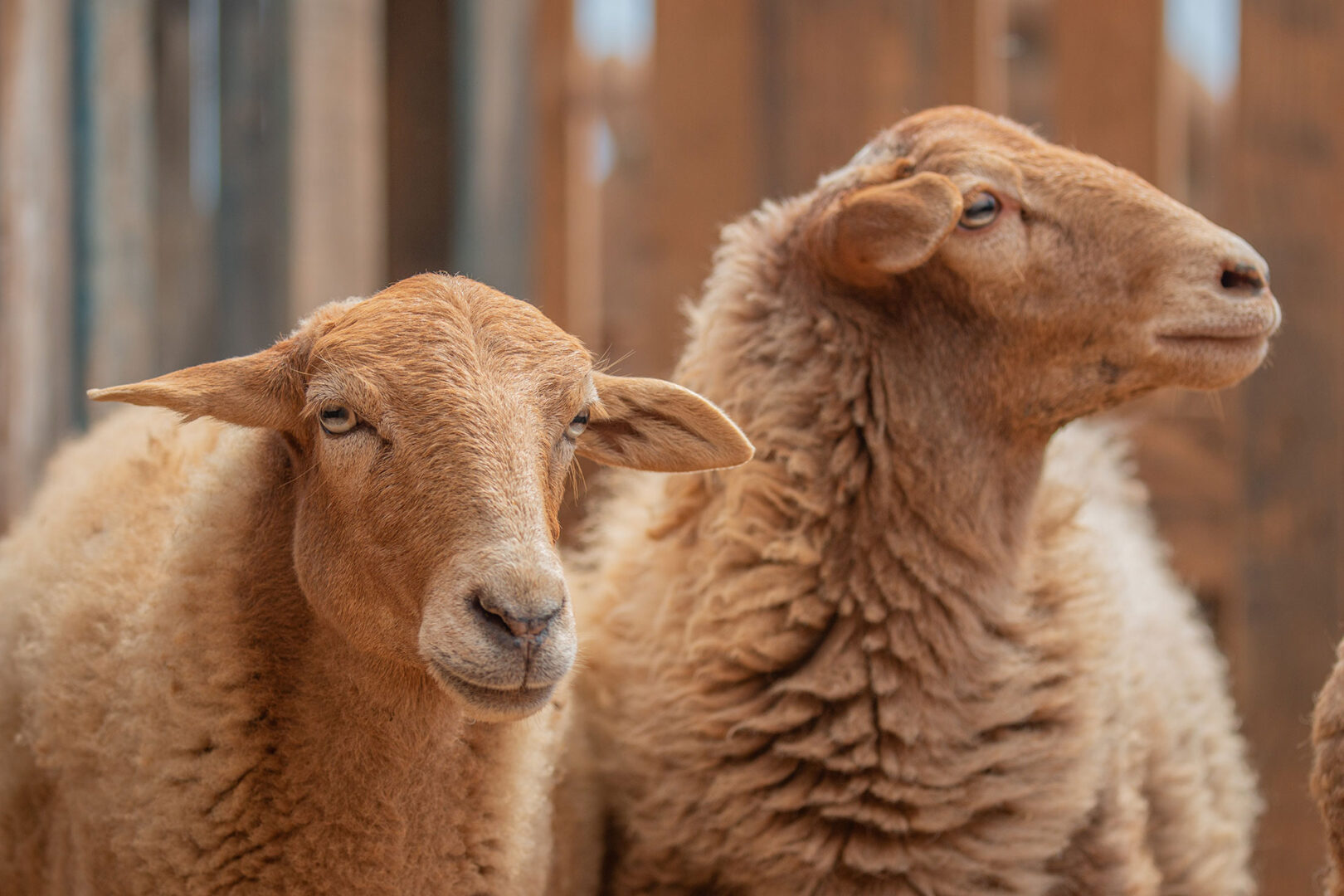 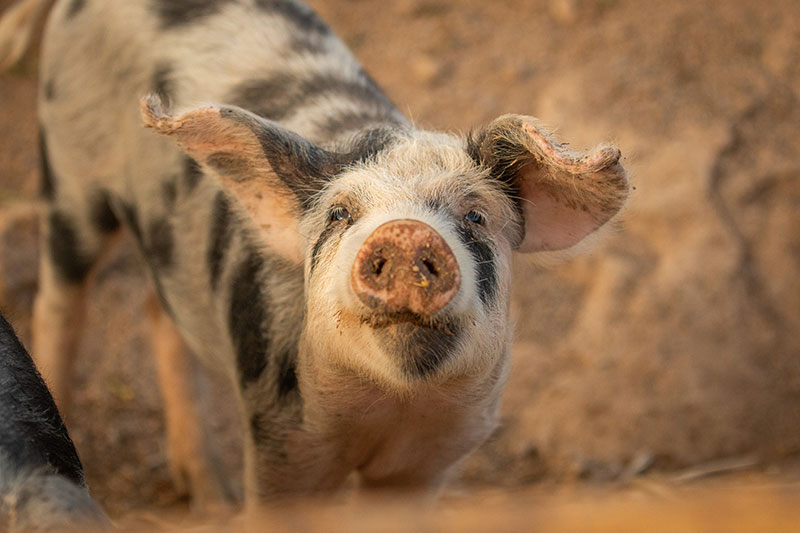 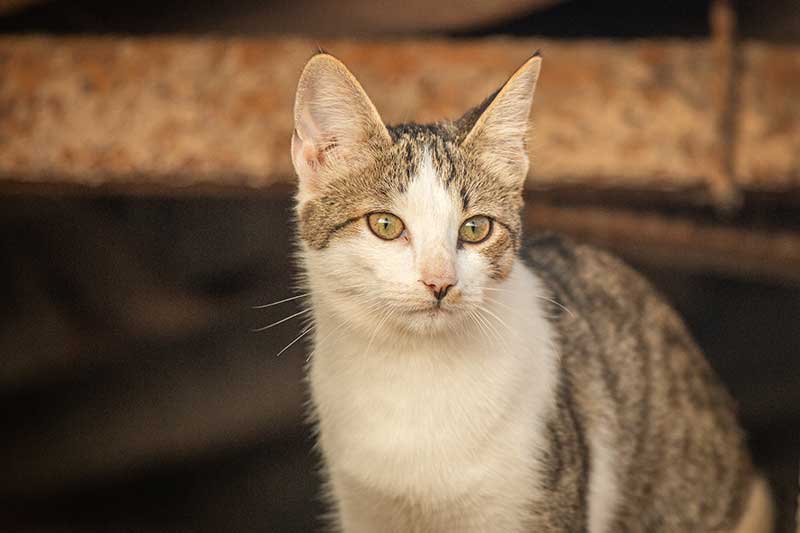 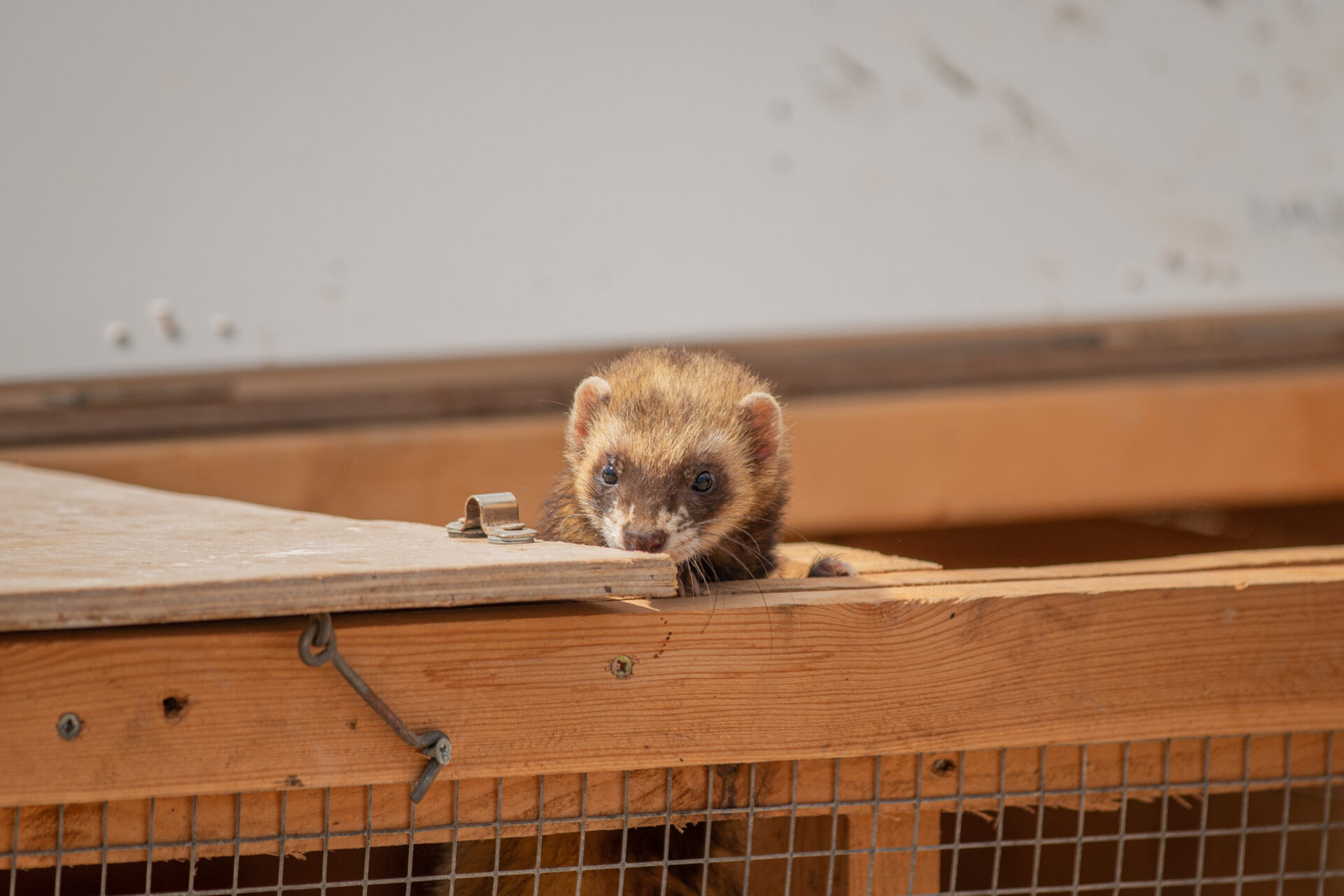 Something really interesting you learned about animals here? (*X-rated warning on Chiara’s answer!)

Diana - Small animals don’t always need specialised processed food and they really can thrive on vegetables - we’re lucky that we have such a variety from our donations.

Lena- Guinea pigs and rabbits have endlessly growing teeth so you have to give them enough food to chew on to keep those babies under control!

Alina - How to catch a chicken, I learned this when we needed to catch the mother hens to look after orphaned or rejected chicks. My tip is to just go for it, and hold the wings to stop everyone getting too flustered.

*Chiara - Ducks and pigs have corkscrew penis’- I had no idea they were shaped this way??!! I’ve also learned lots about how animals communicate and their mating calls. Those ducks are noisy, and are trying to get a date every morning.

You guys do a lot of cleaning up poop. What’s your favourite variety?

Lena - Goat and sheep poop is nice and round and mostly dry, and I have to say rabbits are very clean citizens.
Everyone else - Guinea pigs, no question!

The small animal team spends a lot of its time making delicious fruit and vegetable salads for the animals at the feeding station. Which is your favourite animal dish to prepare?

Chiara - I love making up the chicken feed because I like getting dirty and you have to mush everything together. Yoghurt, soft fruit, seeds, stale bread, tomatoes….anything you can get your hands on, apart from the really hard vegetables, get it in!

Diana - I agree, the ducks or chicken food because it’s such a crazy and fun mess of ingredients, so mixing it all up feels like being a kid again.

Alina - For me it’s the duck food because you get all of the yoghurt, plus soft fruits like grapes and tomatoes which you squeeze and squirt everywhere, PLUS you get to soak bread as the topping. Gourmet stuff.

Lena - The chickens win for me! All of these beautiful colours blend together in the palette because you mix things like greens, berries, orange pumpkin, apples, yoghurt and the only way to mix it all up is with your bare hands. YUM. 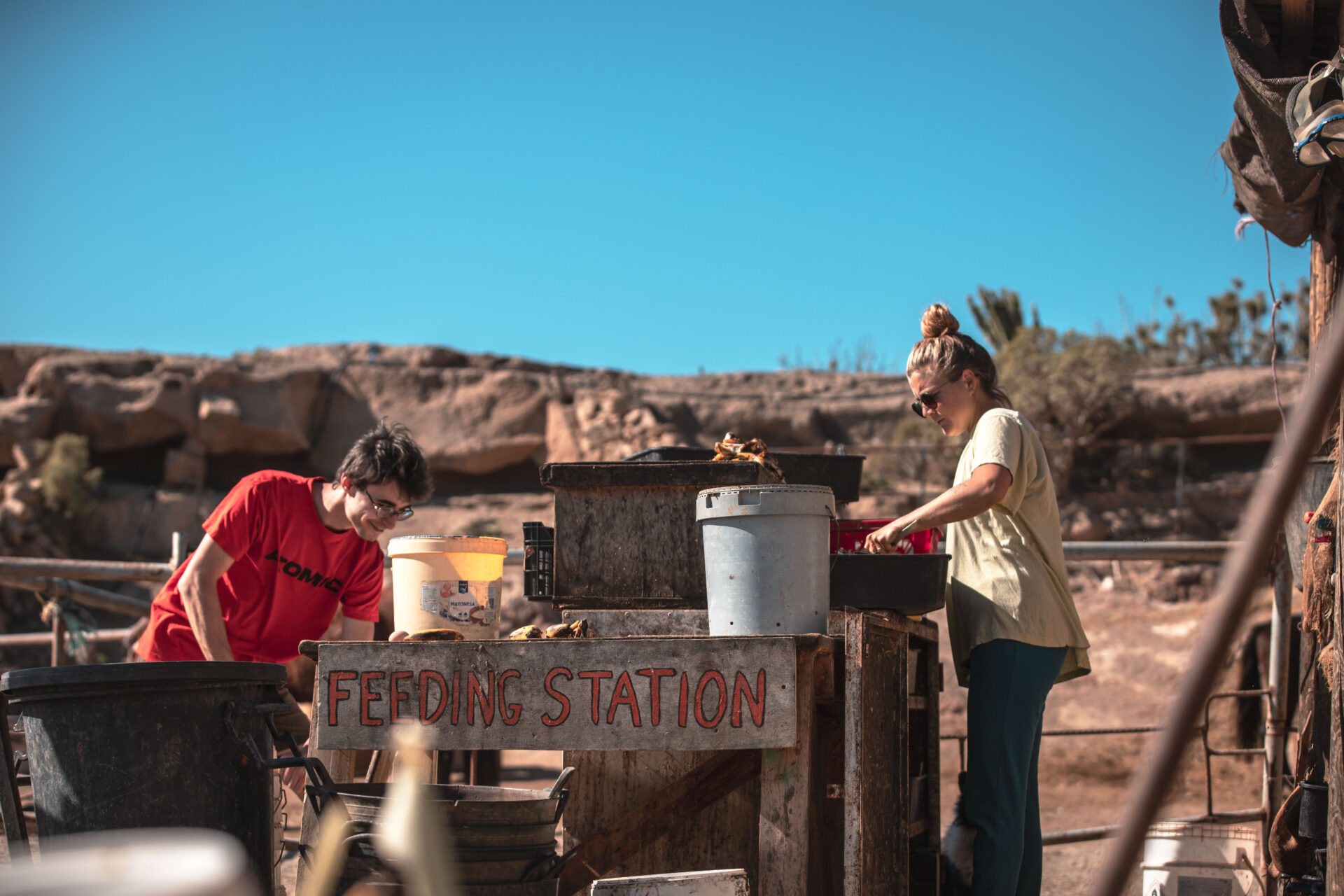 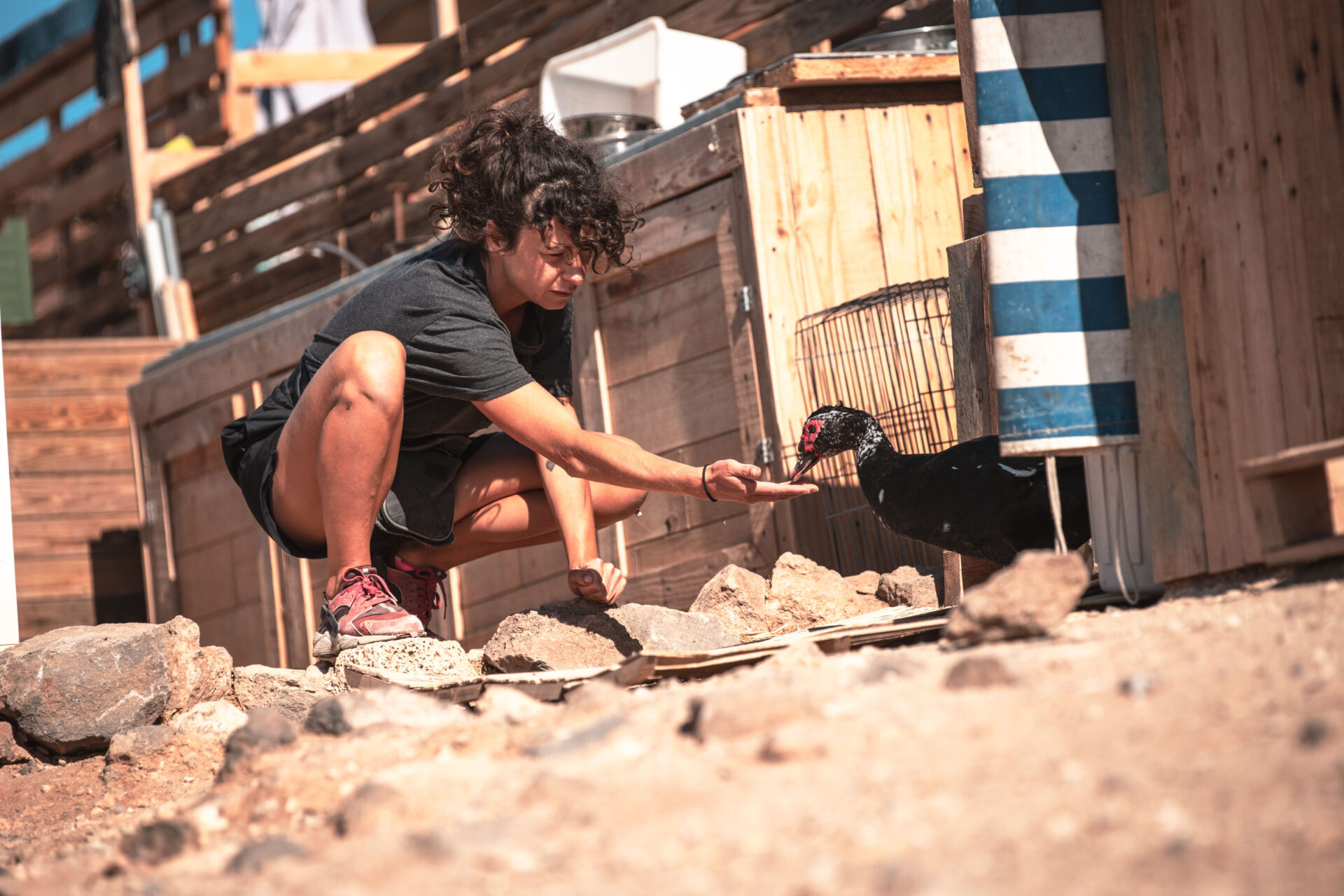 What are your top tips for surviving a day on the small animal team?

Alina - DARK clothes: you'll get dirty for sure.

Diana - Ask questions whenever you need to, and always remember to shut gates so animals don’t escape…

Chiara - Enjoy every moment with the animals, even when you’re cleaning up poop remember to look up take your time to enjoy being surrounded by animals.

Lena - What Alina said - don't be afraid of getting dirty!! Flies, mould, poo, tomatoes bursting in your face….embrace it all. (Squeezing a kiwi is SUPER satisfying by the way).

If you had to listen to one song (or podcast) on repeat during your shift, what would it be?

Chiara - A podcast called The Healthy Code. I love learning about ways to live more healthily and sustainably, so I could listen to advice from this one all day.

Alina - Fest und Flauschig; it’s a German podcast talking about politics and everything else youcan think of. They chat about really important stuff and they also chat complete rubbish, so it’s a lot of fun whatever mood you’re in.

Lena - What she said - I love Fest und Flauschig!

If a Hollywood film was made about the life of the small animal team, who would play you?!

(We’re waiting on these actresses’ agents for confirmation, then we’ll go to Spielberg)