Here at Tenerife Horse Rescue we are always thinking of new ways to try and fund raise for our charity. Different events or marketing ideas. This charity single is one we certainly didn't expect or plan. But maybe it is just the one to change the lives of many horses and animals in Tenerife who need our help.

The best thing about this new campaign is that those of you reading this who want to help us has a really easy role which doesn't take any time or money. We need you just to listen to our track. Nothing more. The bad point is we need millions of people to do it. So hopefully the trend should catch on.

How did this happen?

My dad ( Emma ) is Steve Travis, a retired country and sea shanty singer. Steve had modest fame and a 30 year career in the music business. In the 70's his plan was to be a famous rockstar. This plan went well for some time and he supported some impressive bands such as Slade and other pop rock bands of the era. However things didn't continue so he went to a career of country music. This continued for some great years. Always on the brink of success. Selling enough to receive a platinum disk and many awards in the country music awards. Holding the title of "Mr personality" for many years. You only have to meet him to see why he stayed on stage for his entire life.

Once performer always a performer

Even with a full fan club and an incredible journey, Unfortunately for Dad his career never quite went over the threshold of making a comfortable living. Although there were many occasions I remember him being recognized whilst we walked down the street and I enjoyed pointing out his CD in virgin megastore back in the day. This sadly didn't mean the money was rolling in. Anyone who knows the music business knows it is not a reliable or easy business to be in. It came with its ups and downs.

10 years ago Steve retired from the road, however once a performer always a performer. He couldn't give it up all together and then recorded some (unsuccessful) sea shanty albums 5 years ago. Sea shanties is a very particular type of music that isn't particularity popular as his albums found out. I was probably his biggest fan of the Shanty music and I named the horse Shanty after it 2 years ago. Who then became the face of our finca, More about him on his profile.

Sea Shanties were not particularly popular until now!

Anyone alive in the UK, Germany or Austria would have heard the Wellerman by Nathan Evans. He recorded a tiktok of him singing a sea shanty and it blew up and went wild. His dance remix of the song has been number 1 for over 2 weeks in the official charts.

This brought us a great idea. Why not re-release one of dads tracks as a dance remix, for charity! So this is exactly what we did. So we proudly bring you "Fall down Billy O'Shea (jolly roger remix)" which is our official charity single. Out now on spotify, youtube and apple music.

Don't take our word for it, have a listen. We quote from the BBC that it is "catchy and upbeat".

We couldn't have planned this better if we tried....

The timing is so right, not only is it on trend right now. Dad and Mum moved to Tenerife only 4 months ago to help us. Maybe this is the perfect way in which they can help us in a much bigger scale so we can rescue many more animals in need here on the island. To top it all off last week marks the 70th birthday of Steve Travis. Wouldn't it be fun to get an old man in the charts raising money for an animal sanctuary of his daughters.

Lets get him his last chance of success and raise a lot of money for a good cause. 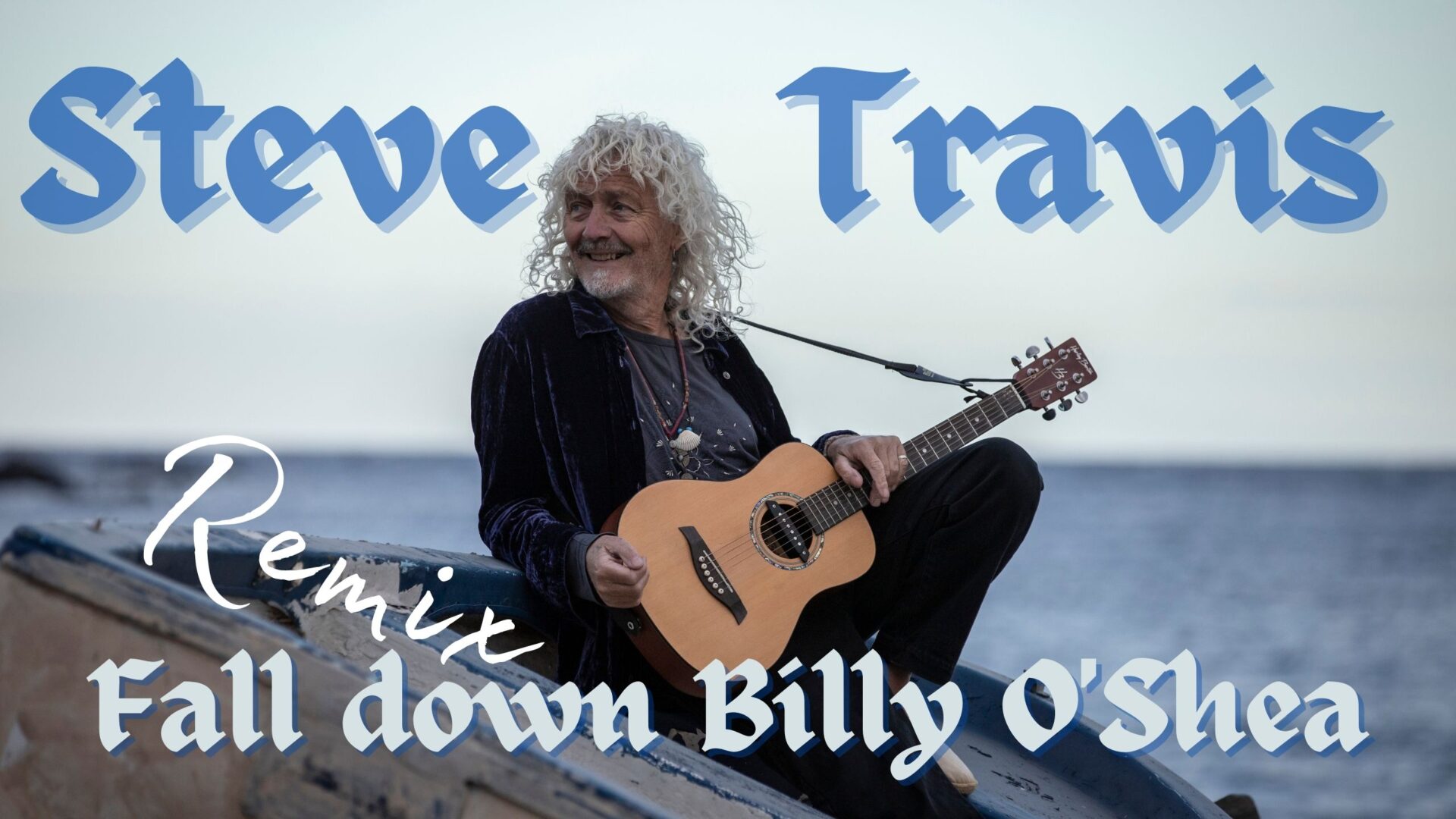 The artwork for the single which is out now.

How did we make it even better?

As organically as this entire campaign happened. The next amazing step happened. We rescued our very own Billy O'Shea.

Of course he didn't actually come with this name, but we did rescue him on the same day we released the single. After we put up the name raffle. Which we do with every rescue we get with no name. Then someone suggested the name and luckily for us all it won!

It suits him perfectly and it is so nice for him to have such a meaning to his name and life now. When only weeks ago he was going to be killed for meat to feed the dogs. Unworthy of life due to his injuries. Now he has an important role and will hopefully help to raise many funds for him and others like him. More about him on his profile.

How can you help?

Its super easy! Please just listen to the track and if you are feeling super generous please share it too.

We are just 1 old man, his daughter, Shanty the horse, Billy O'Shea the horse, an animal sanctuary and 1 amazing charity track. We have the ingredients. We just need any help we can get to make this happen!