We have an office! 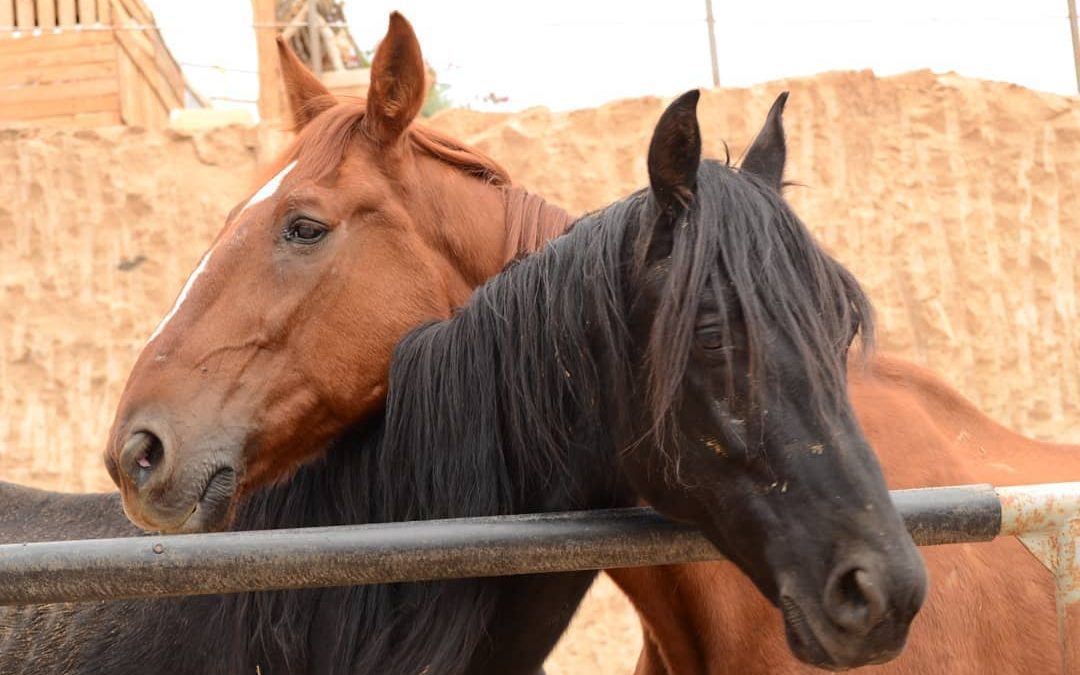 Christmas eve was possibly the hardest day for me since I started this animal sanctuary. Loosing animals and making hard decisions comes with the job. But still nothing prepares you and it does not get any easier.

Aslan was an emergency Rescue

Turning up in the dark as an emergency, he was considered an emergency who was finally removed from his previous home. If you can call it that. We don't know how he finally get saved, we intentionally didn't ask as we think the answer would be breaking and entering. Either way everyone involved was very happy that he finally had a chance of a normal life. Previously living in a tiny stable space with only his waste to eat and recycle. How this kept him alive for so long we do not know, he was a fighter right until the very end. The space in which he lived had no windows, no space to turn around and no bed. Starved of food water and contact Aslan was wasting away.

There are always the obvious questions running through our heads when we see an animal in this condition.

" At what point in his life did someone decide he was no longer worth feeding?"

" Why do people not see his life is valuable and he has feelings and needs? "

Even with all the questions, its still reality and he was not the first and will not be the last. Its a heart breaking world for the unlucky animal in the wrong hands. 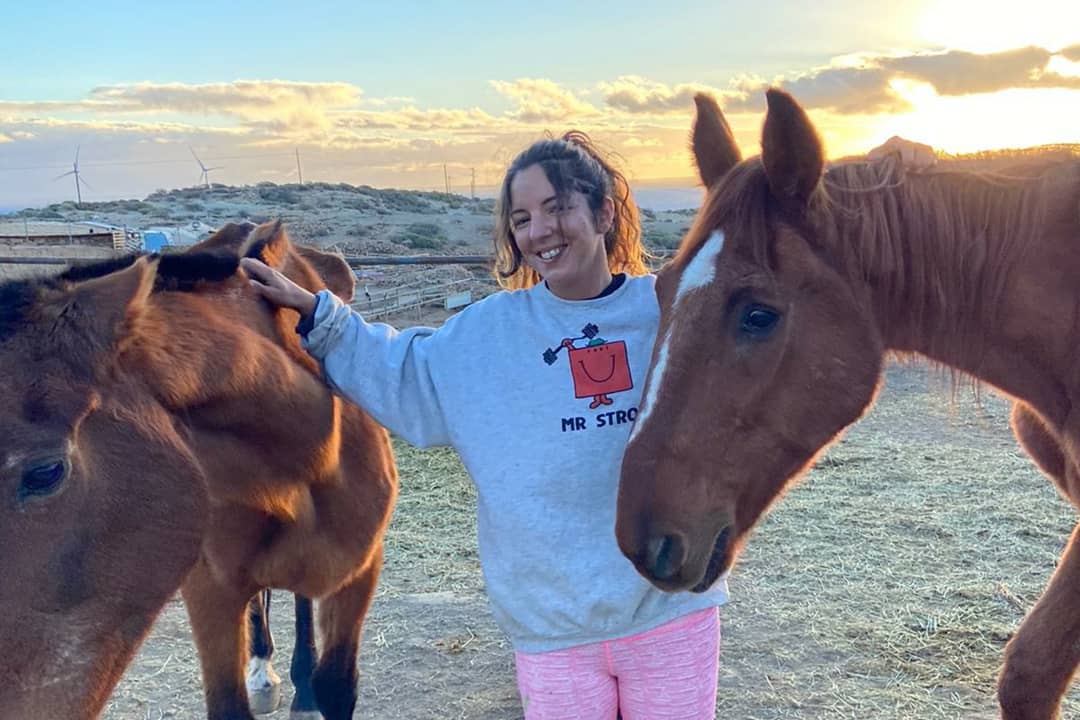 Aslan with the volunteer who named him 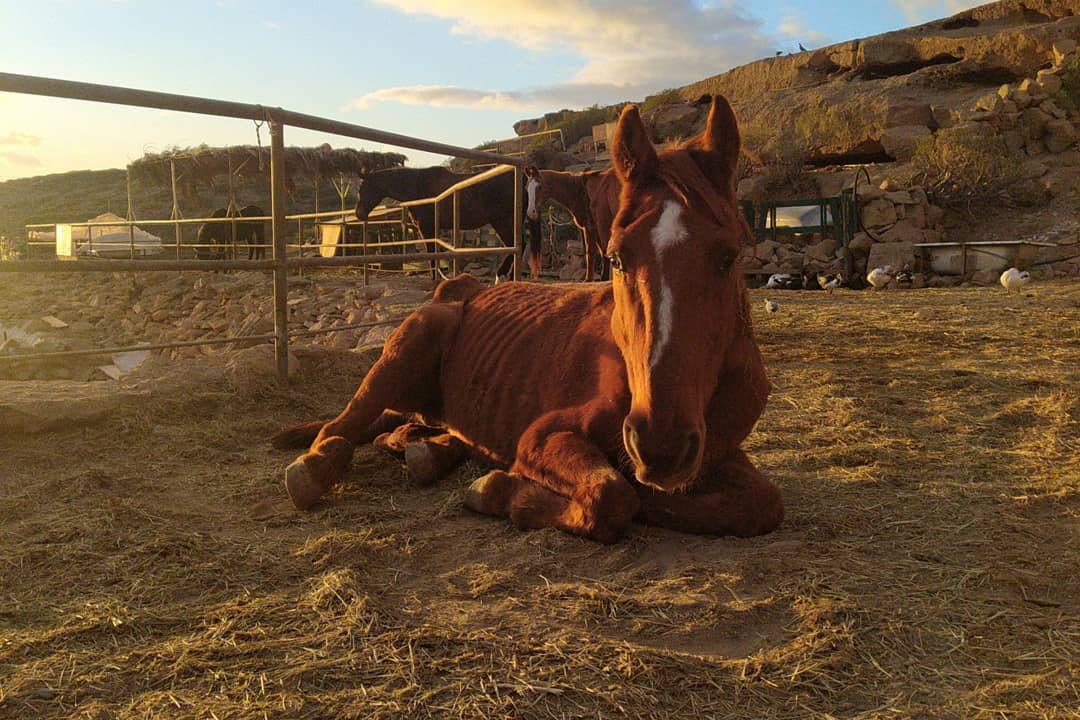 Laying down in the sunrise

Thankful for the good people

A small group of people teamed up and managed to eventually get him to us. This way he had a chance of recovery and to enjoy the remainder of his life. Although he was with us for only a really short time. At least he got to experience happiness, friends and love for the remainder of his life. He left this world dignified and surrounded with people who loved him. As we waited for the vet to let him leave peacefully he was surrounded by 11 volunteers who sat with him for 2 hours, stroking his soft fur and talking to him. In his final moments  he probably experienced more love than the rest of his life.

We tried everything we could

Up until the end we tried everything we could, he had access to ad-lib quality hay. We floated his teeth. Tested everything we could and treated parasites and ulcers. Unfortunately he had such a layer of sand in his gut which was preventing him to digest and put on weight. Sadly it was to late and he died during his long term un-invasive treatment for this and didn't get a chance for it to work. Not only did he have a long line of digestive issues he had muscle and tendon problems as well. His back legs where very weak and splayed in every direction. This along with his weakness made even walking a challenge for him, but it never dampened his spirit he was happy until the last second. However with the continuing decline of his condition one day he went down and was unable to get himself back up.

Along came a truck to help us lift him, we treated it as if it was an injury and as long as he was still happy we gave him another chance. His spirit remained high as did his appetite as he hung in our convenient horse hanging structure. ( it was actually the start of a building but it has been upgraded and we will keep it as it was perfect for the job)  Hanging with food, cuddles from his human and horse friends. Each day a team of volunteers helped him to go out for a walk and see if it was an injury with a chance to repair. After 5 days his muscle has dropped so much and his legs would not keep up with his front end. It was if he was 2 horses put together, his spirit, mind and front end was working on top form but his back legs could not keep up.  Eventually we came together with the vets to make the heart breaking decision to let him leave while he was still happy, full of life and dignity before he continued to decline and would suffer. 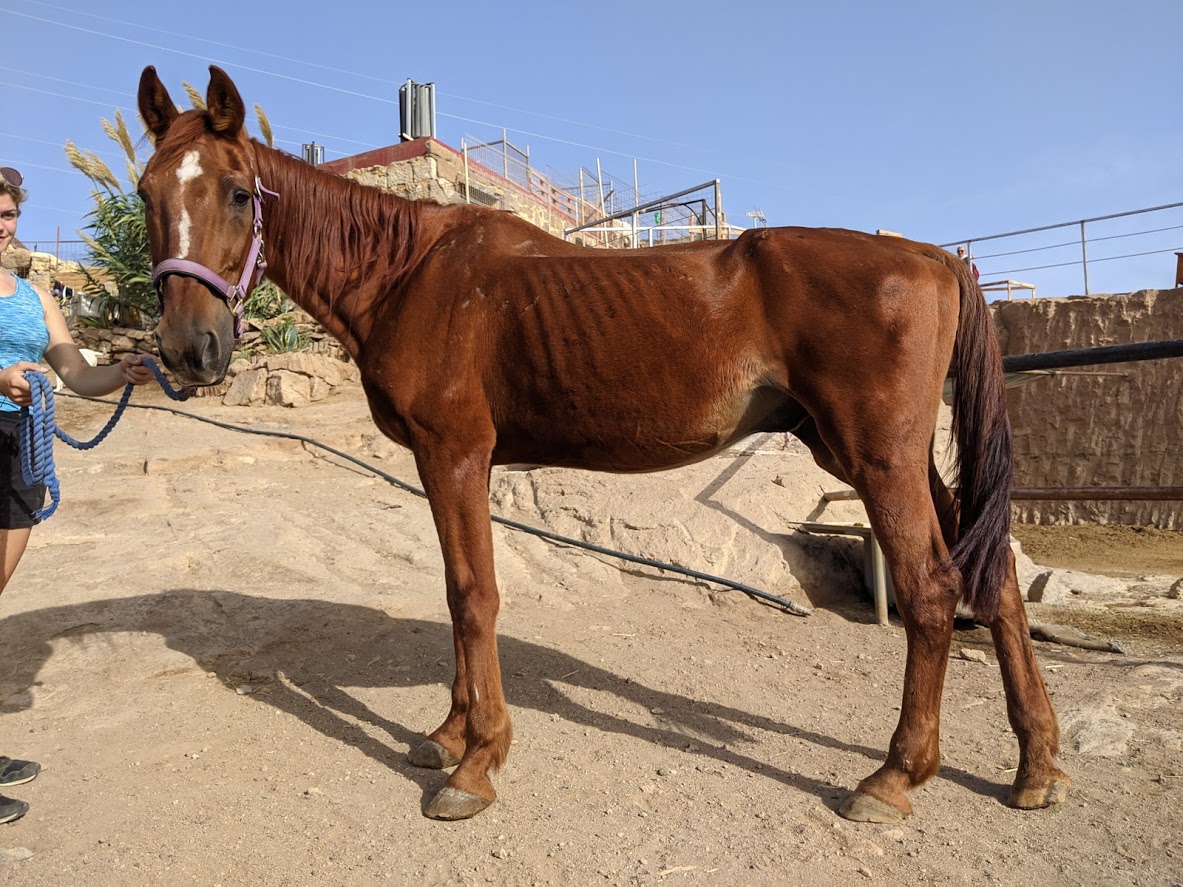 On a good day 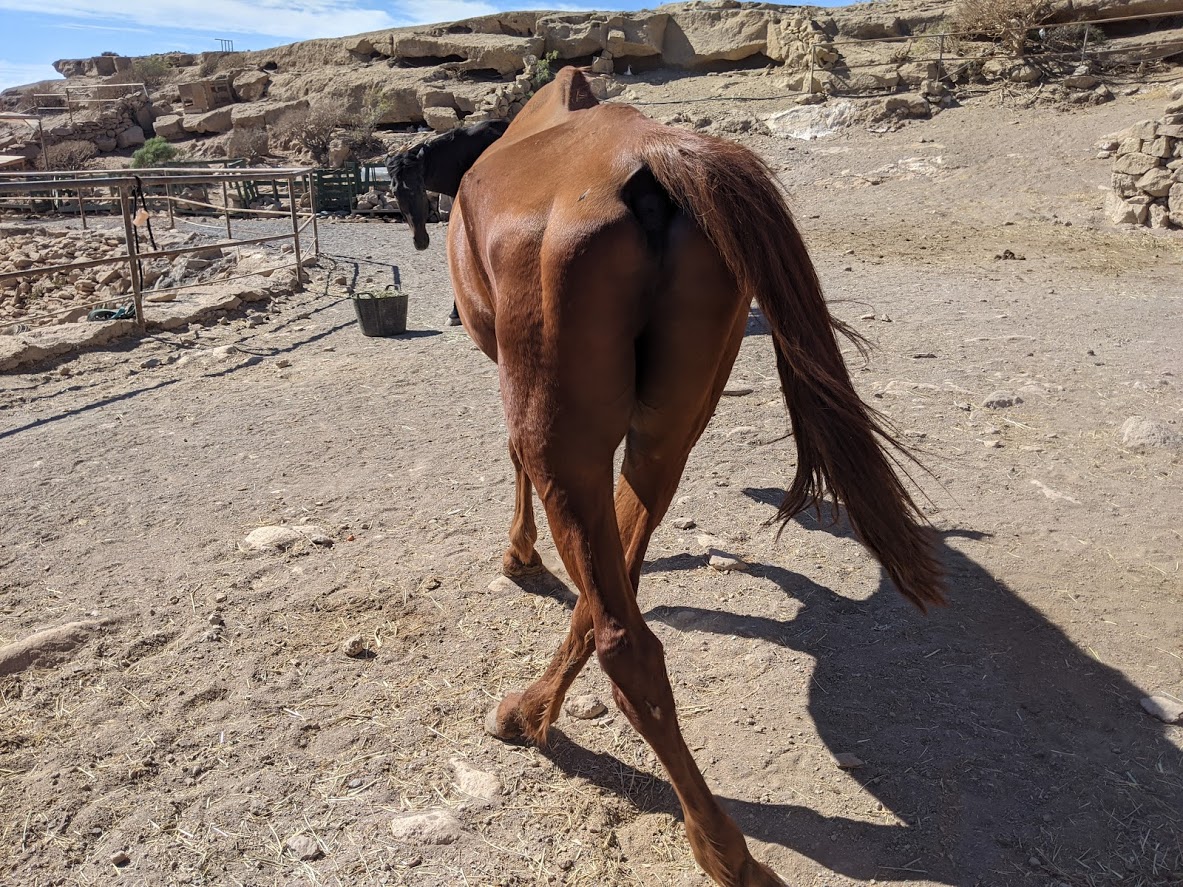 On a good day

A trip over rainbow bridge

Although we did everything we could, we could not save Aslan but he will never be forgotten and we would do the same again.

Thank you to everyone who supported him, loved him, sponsored him, walked him and cared for him.

Together we changed his life, even if only for a short time. 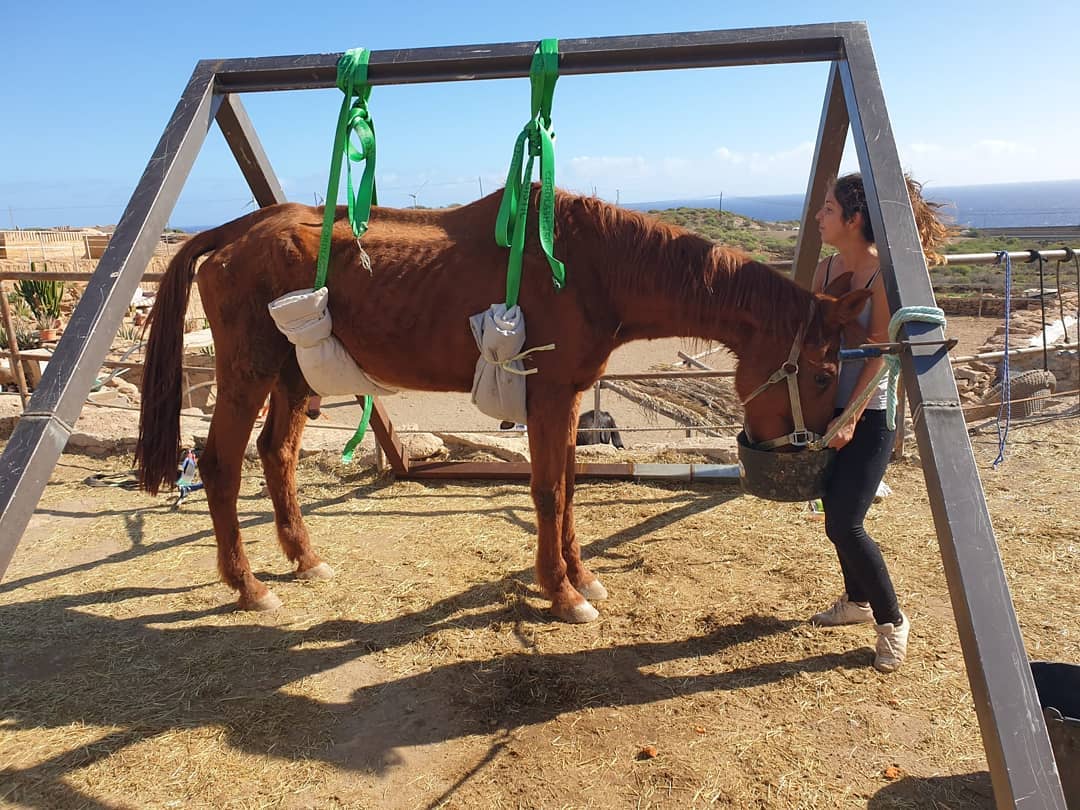 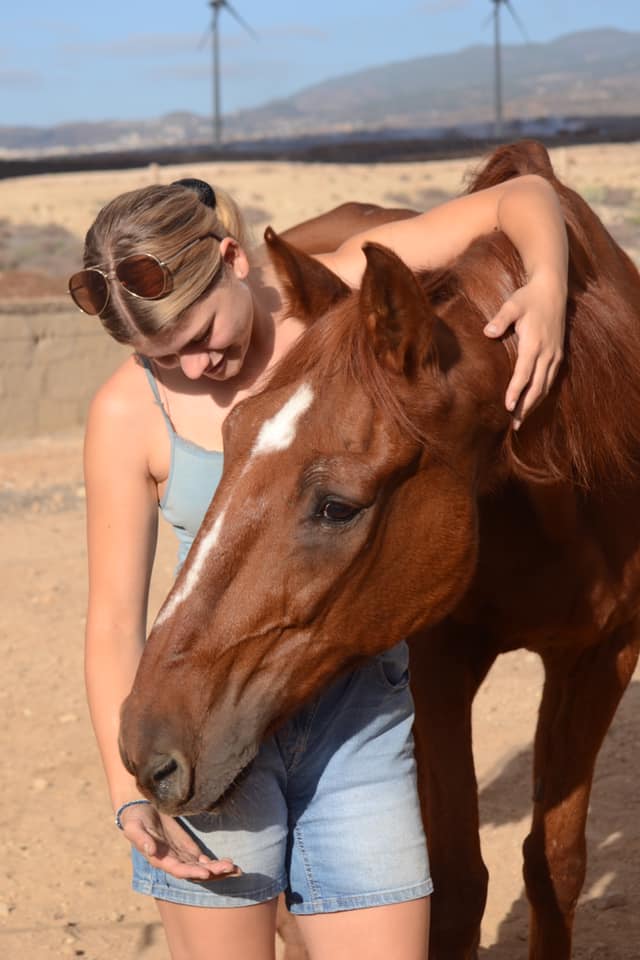 Cuddling the first volunteer to work with him 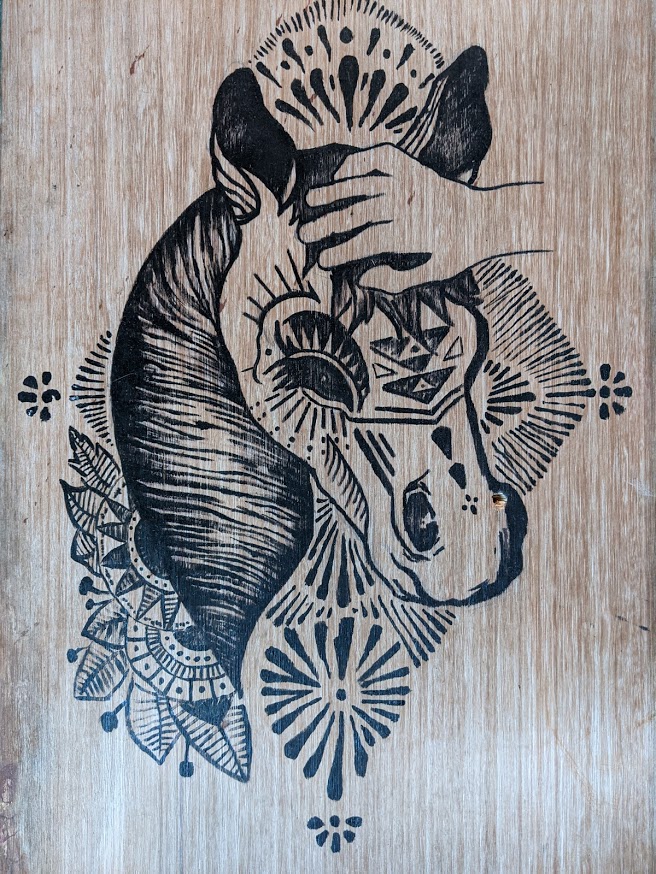