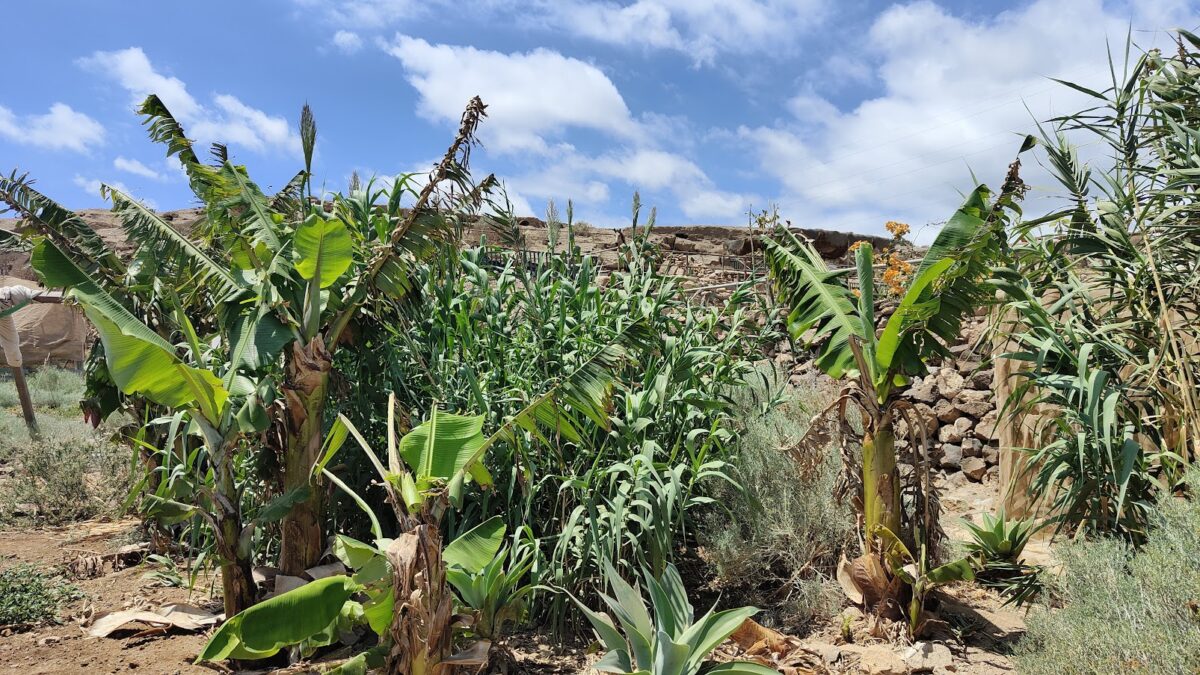 An article written by Felix from Germany on how we save water here at the finca.

Richard hasn’t seen any rain since he arrived at the Tenerife Horse Rescue. This was at the beginning of June. “In summer, you shouldn't expect any rain. There are just a few rainy days in the so-called winter on this island.”, Richard says. The south of Tenerife is one of the driest areas within the EU, considering that it’s only 300 km away from the Sahara desert. That’s more or less the distance between Manchester and Brighton. The almost always sunny weather of South-Tenerife makes water very precious.

“We waste too much water!” says Edo, co-founder of Tenerife Horse Rescue. He explicitly means humans. “Animals don’t waste water. They’re just drinking it. But we humans, we use water for showers, washing our clothes, cooking, and toilets.” In order to not waste this wastewater, he and some of the volunteers created a smart water treatment plan. But let the water itself explain:

Hello, it’s me, the water. At this very moment, I’m called wastewater as I flush down the toilet. Okay, it’s true that I’m quite dirty now. From the toilet, I’m running through a pipe into a tank. On the way, I pass the first filter: I get rid of every rough dirt (for sensitive’s sake, we prefer not to get explicit). In the tank, the smart cleaning starts. An air pump is constantly pressing oxygen-rich air into the tank. That’s why everyone at the Finca calls it the poo bubble. Because of the oxygen, bacteria and other microorganisms can thrive and go to work: they digest the pollutants in me. With that biological way of purification, I don’t need any chemicals such as chlorine to get clean. I only go through mechanical and biological stages. If you want to learn more about it, click here 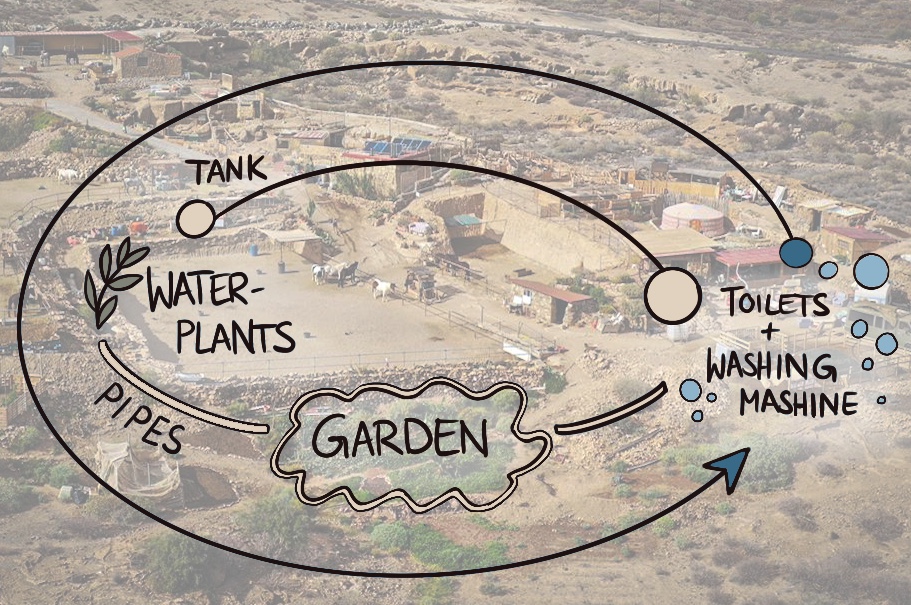 You can read more on our sustainability page here

After that process of aerobic treatment, I’m already much cleaner than I was at the beginning. But it’s still not enough for those picky humans. So let’s go to the next station: the constructed wetland. I run through different layers of rock, including sand and pumice. Those are within a waterproof basin so that I won’t escape into the depths of the earth. These materials do no harm to groundwater and are physiologically sound. While I’m running through the layers of stone, I get cleaner and cleaner. The roots of the reed are very useful, too. They absorb heavy minerals and provide the earth with oxygen, which again lets the purifying microorganisms prosper.

Thereafter, I’m still not clean enough that humans can take me for a shower or animals for drinking. They can’t even take me for washing cloths in the manual washing machine. But at least the plants take me as I am. Therefore, I wander through the pipes, which lead me away into the gardens. There I’m jumping drop by drop — in dry areas that’s a good way to save water — into the sun-warmed soil. I ooze into the deep and reach the roots of the plants: peppers, white goosefoot, cabbage, herbs, etc. They welcome me with pleasure. 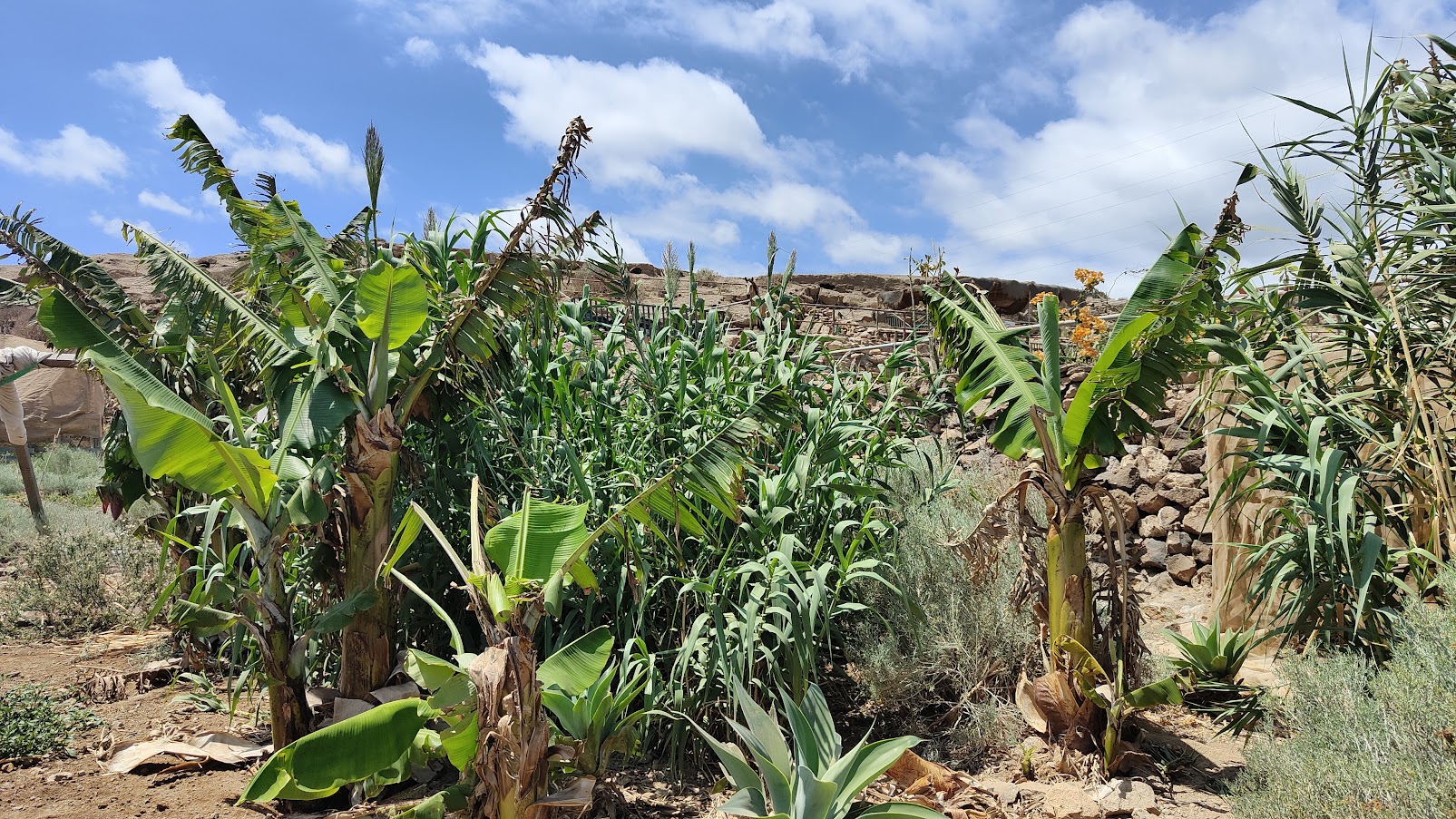 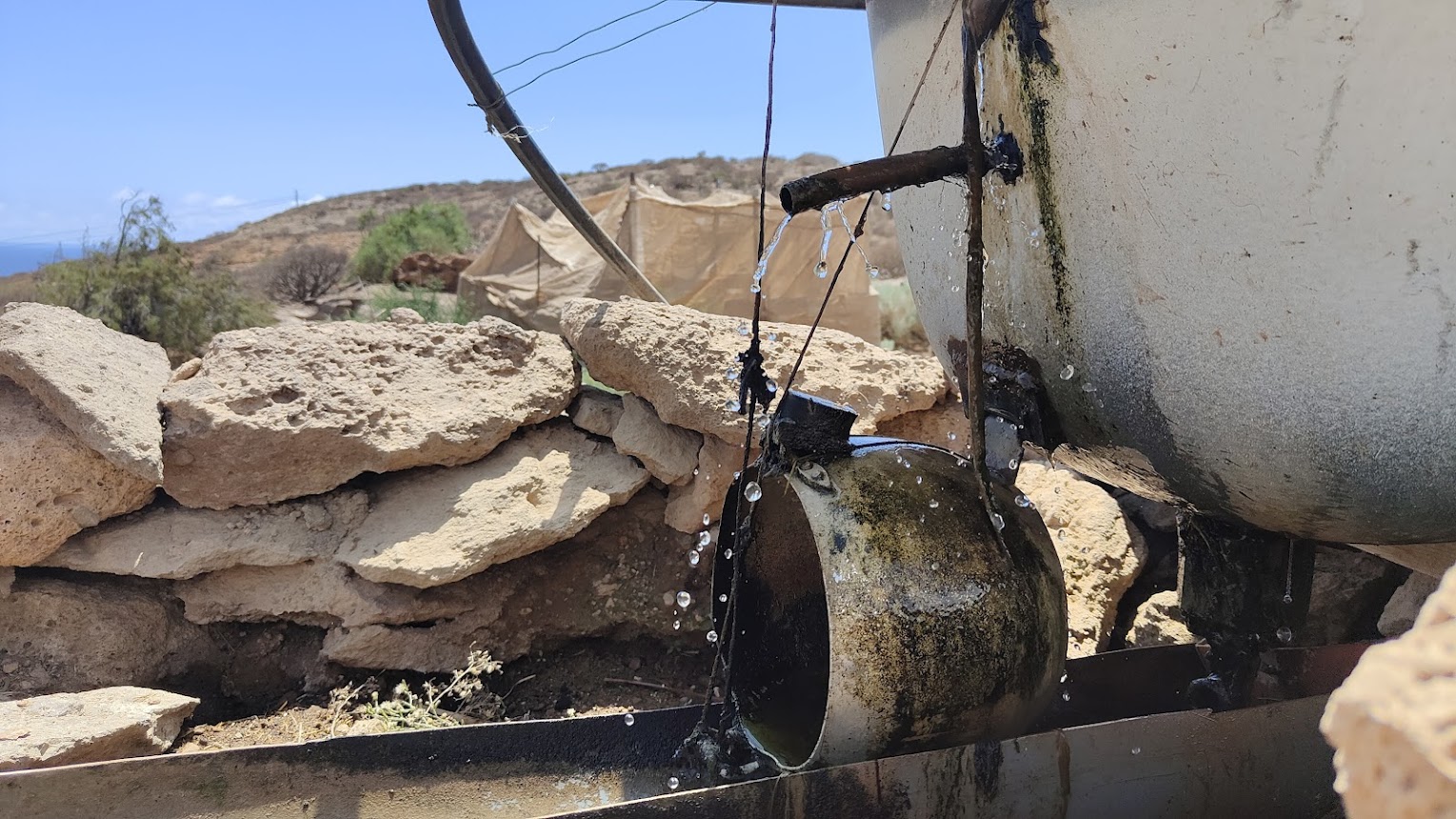 If the fruits of the plants are, thanks to me, good enough, they’ll be harvested. The kitchen team transforms the fruits into delicious dishes. And that’s how I arrive at a plate of one of the volunteers. Getting swallowed down. Go through the digestive system. And finally, a part of me lands in the toilet again, is flushed down — and everything starts from the beginning.

We invested both several months and a few hundred euros for constructing this system. It helps us already a lot to save water, but there are still limitations. For example, it can’t handle cooking oil. The Finca is a continually developing place and that’s why we ask you: if you have any idea how to improve it (or any other ideas for us), just let us know! :)