how to be a horse volunteer

Meet how to be a horse volunteer 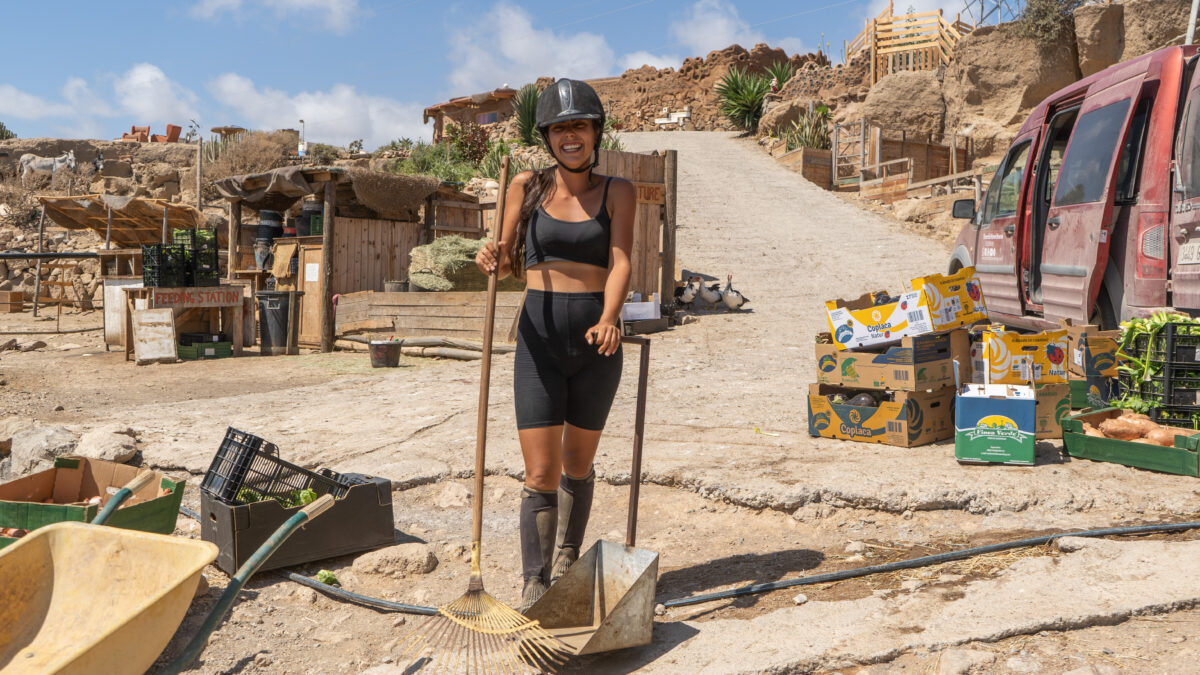 This weeks blog is written by a current live in volunteer, Allana 24 from Edinburgh.  All about her experience on how to be a horse volunteer at a horse sanctuary.

When I arrived to the finca a little over two months ago I had an idea of what to expect, but nothing could have compared to the reality. Emma was lovely enough to come and pick me up with all my things and as I got into the car with her I wondered how to introduce myself to someone I felt I already knew. After a short ride filled with laughter we arrived to the warmest welcome from all of Emmaʼs dogs wondering who or what animal had she brought back this time!

After introductions to the community, the animals and a quick tour around the place it was time to settle in for my first night before work the next day. I remember how inviting the volunteers were, how everyone made sure that anything I needed was there, how it was just like the videos and the transparency I had felt was real! 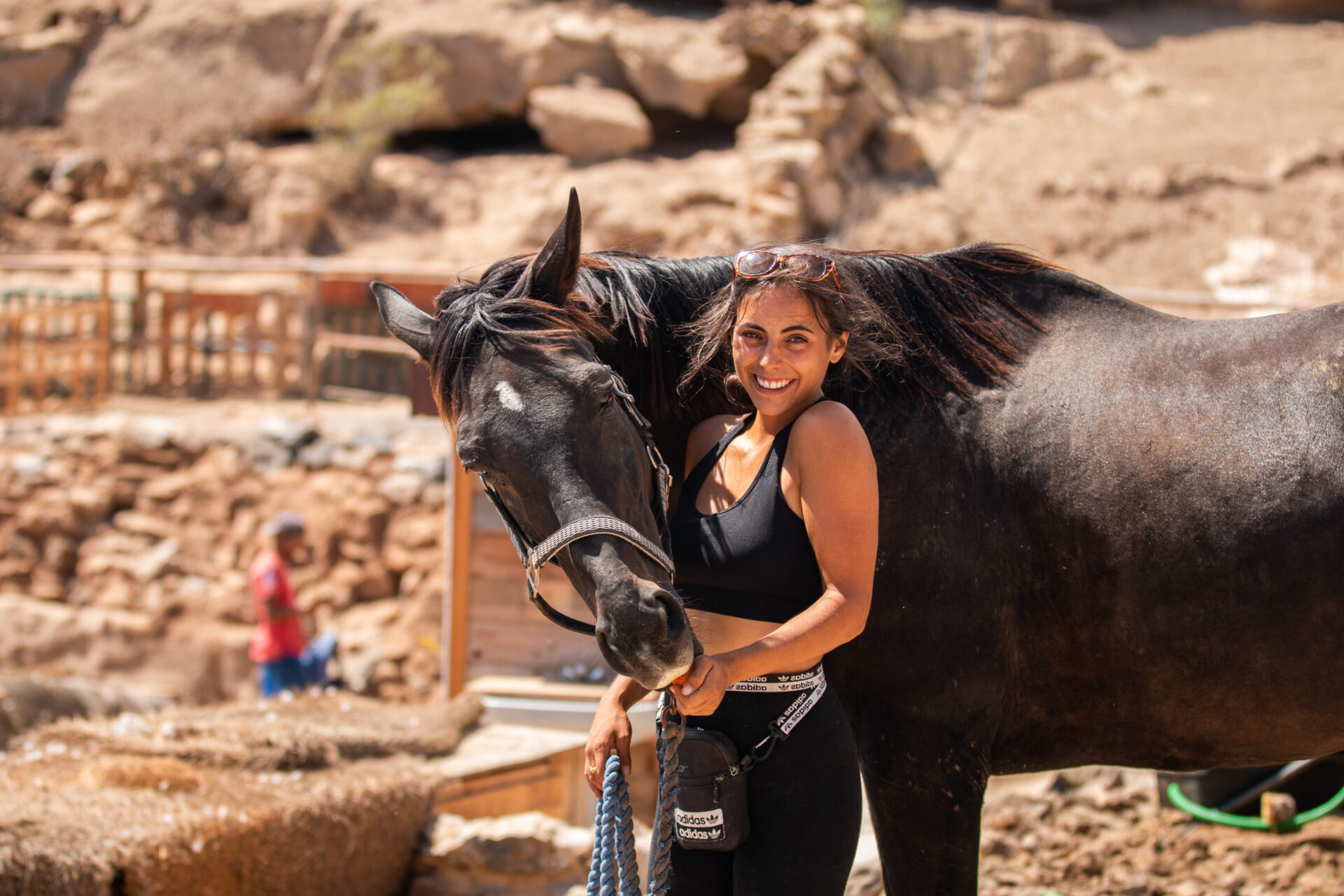 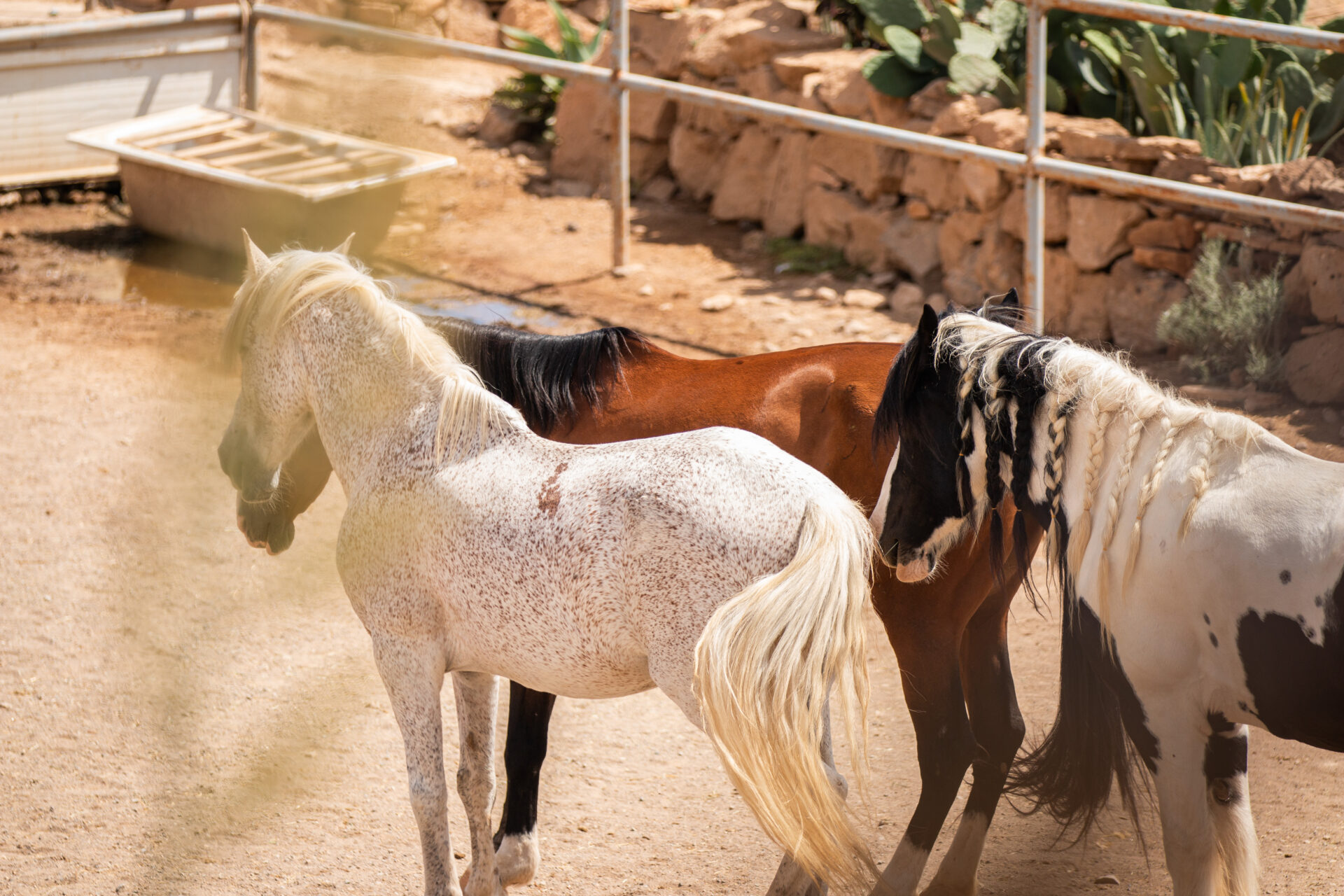 Then my first day began. Not having been around horses in a few years due to travelling I was in heaven!
First we fed the horses their hay and hard feed after some poo-picking. We then picked out the horses feet and discussed the exercising plan for the day.

At 11am we stopped for a half hour breakfast break and in the afternoon continued with the dayʼs plan! Very quickly I got used to our horsesʼ and their routine and I grew to love “spa day” Mondays and Fridays where each horse has their feet soaked in the bath to help with our dry climate. Also pedicure Wednesdays - throughout the week we check the hooves and we do any trimming/filing that is needed on this day. A lot of our horses are now on self trimming cycles meaning that their bare hooves wear down naturally without the use of tools and instead with the correct ground and exercise, just like horses in the wild. This is amazing as we try to create as natural a life as we can for our animals. Though as you can imagine it takes a lot of time, knowledge, care and patience to get from the feet they arrive with to the stage of natural trimming.

Being part of a community in this way was something I had never experienced before, it was a bit of a shock to the system with so many different characters and beliefs but living harmoniously for one cause shows for itself what really matters here. The animals. Oh, well, food too! A way we see our backgrounds and how they effect us is with the food, when new people are in the kitchen cooking. Whether itʼs a different take on a breakfast classic we have most days, or a completely new dish we are always greated with new smells and tastes. Sometimes the additions are so good we are still eating someoneʼs recipe long after they have left! You can read our recent blog on freegan eating here.

We all speak English as the common language but that doesnʼt mean we wonʼt give others a go. Before leaving, it was my friendʼs favourite past time to get us to read her book in Dutch out loud, all the different pronunciations we would come up with from our mother tongues provided lots of laughs in the common area. 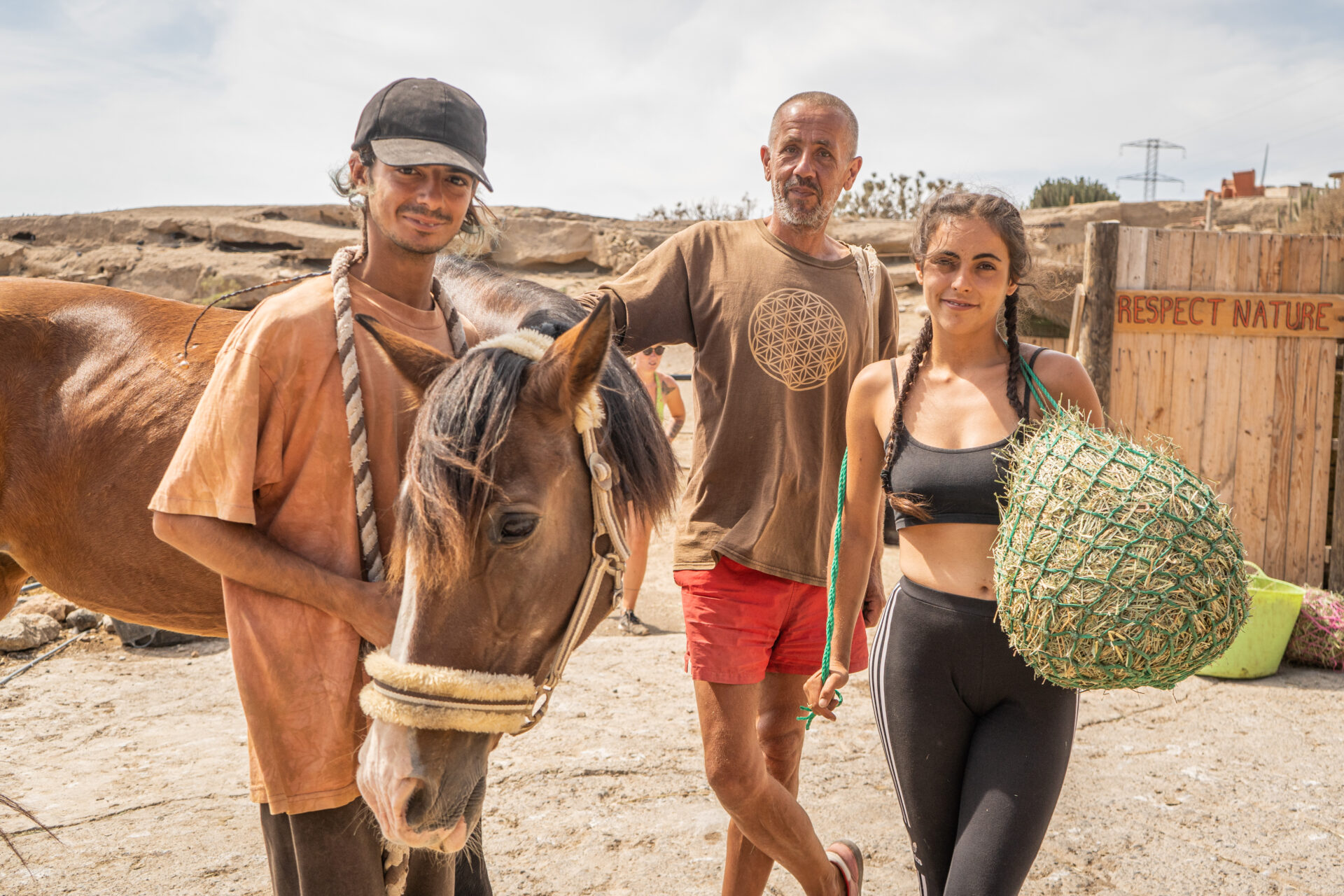 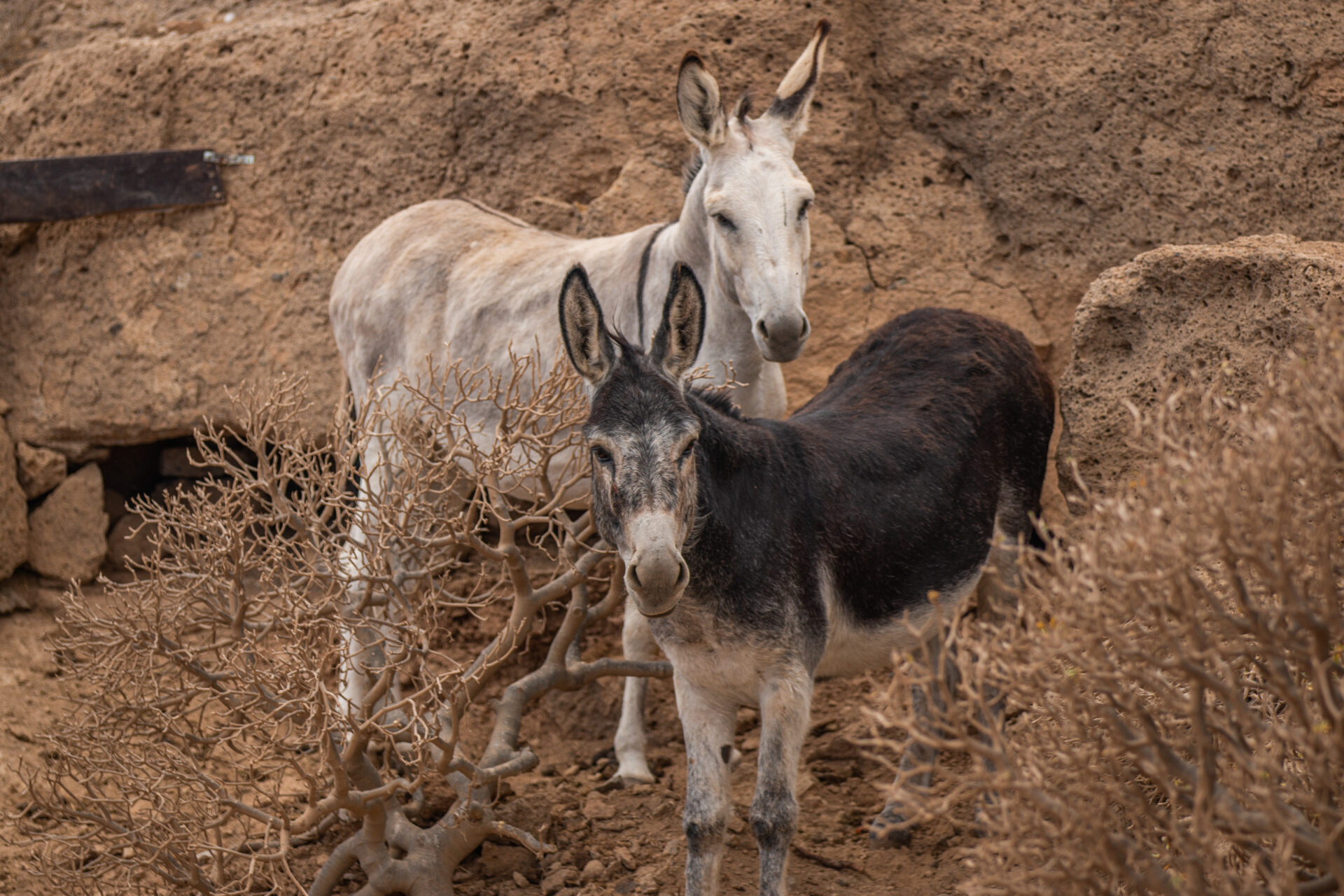 There was more to it than the immediate shock of her body scale, she had a burst eye that would need removed and a broken jaw injury left without treatment. Having been left to fend for herself for years she had an unbreakable will to live, so we listened to her the same as we would any other animal and tried to help. With only two days to come to terms with how such a sweet soul found herself in that situation my second rescue arrived. Her full story is here on our most viral video.

We didnʼt even know at the time that Darth was coming to the finca. I was there in the car park as he slid down the ramp of a trailer and initially thought his bone was poking out his back leg, later I would realise it was a nasty infection threatening his entire hoof falling off. He could hardly breathe due to a sinus infection from a rotten tooth and had many other problems yet straight away he stole my heart. The day before I had adopted one of the puppies from the finca and I remember thinking that day how lucky I was to have both those boys in my life, after a short discussion we came up with naming him Darth for his breathing sounded so laboured.

When I found him collicking only hours later my heart was in my mouth, I felt responsible to do everything in my power to help him. There was a massive team effort, everyone coming together to help in any way they could and yet I didnʼt want to stop walking him. I sang songs and told him silly stories of all the walks we could go on together, as an old injury to his suspensory ligament left him unrideable, and in return he kept walking. After 3 emergency vet visits within the 16 hours he was with us it was decided that surgery would be needed to fix his gut and that he had been colicing before and this was the reason for his urgent, unannounced arrival.  But that with his complications he would not survive.

So I walked him to a beautiful spot and finally asked him to lie down, I felt like a traitor after all day pleading him to stay up and walking. The whole team was there holding him as he passed over the rainbow bridge, along with Smeagol who refused to leave his side throughout the night until he was picked up in the morning. Since then we have had to send Dory over the rainbow bridge also but with new arrivals you must keep looking forward to see how you can help the animals still in your care! We can also share these stories, as sad as they are, to educate people on many things including how animal laws must change here in Spain for a better overall welfare or by showing the younger generations what neglect looks like and how important proper care truly is. Iʼm not just here for the horses though, this has been the first time in my life that I have worked so closely with donkeys and itʼs possibly one of my favourite aspects of my job here at the finca! To be able to see such a massive change from since they arrived is lovely, not just on the outside but their mental state too! Even when I first arrived Lady was more weary of me, now after lots of time spent with them and lots of walks too she is regularly the first to greet me at the gate and can even get jealous if I donʼt give her enough attention!

Aside from the horses and donkeys there has been so much to do while I have been here. Whether it be zumba classes to raise morale, taking dogs like Lio to the beach, falling in love with puppies found in a bin or thinking of fundraising ideas for such an amazing place there is always something to fill your time with! 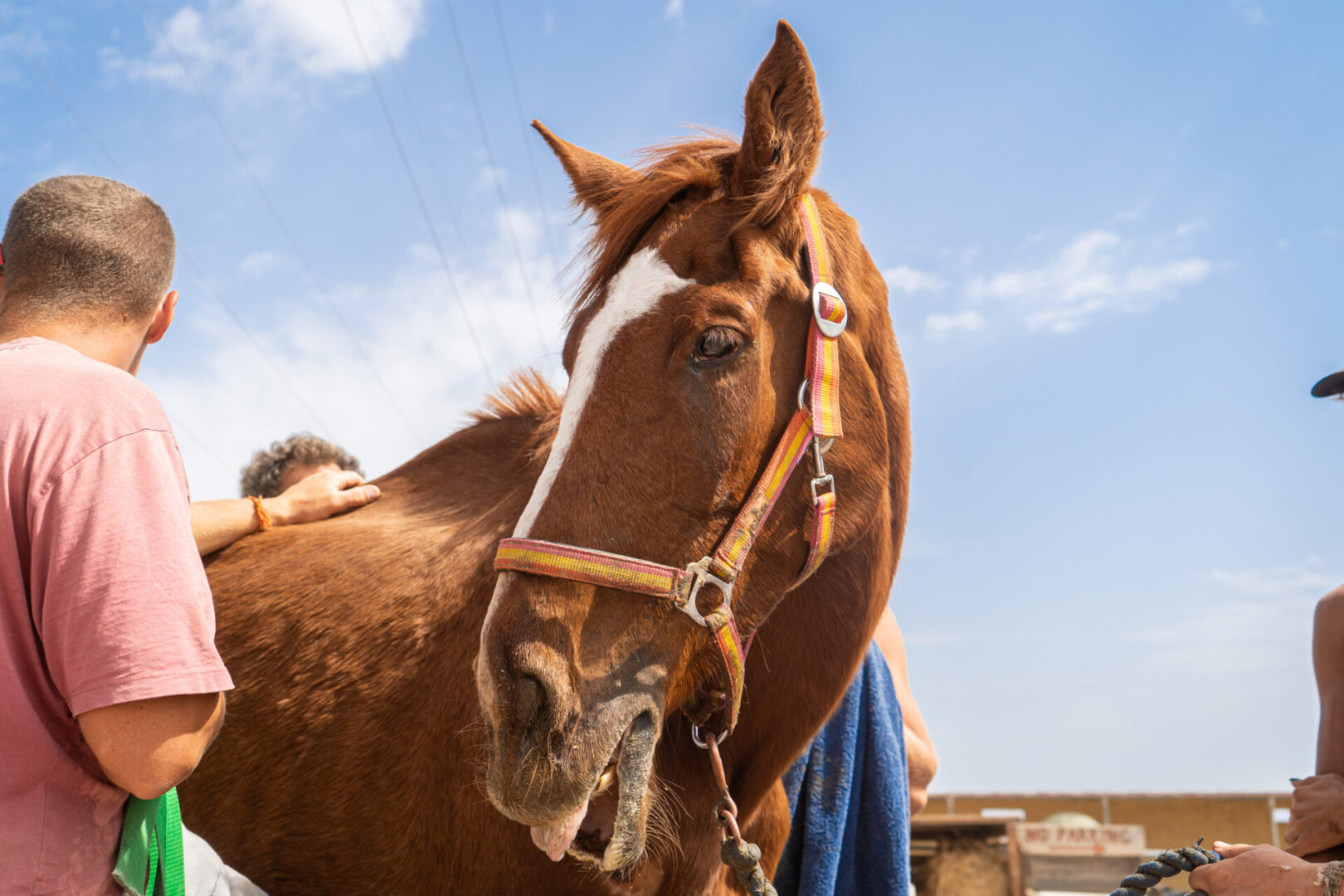 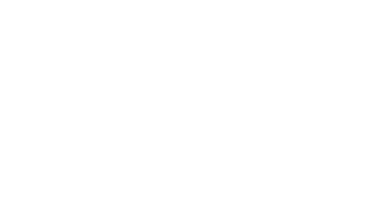 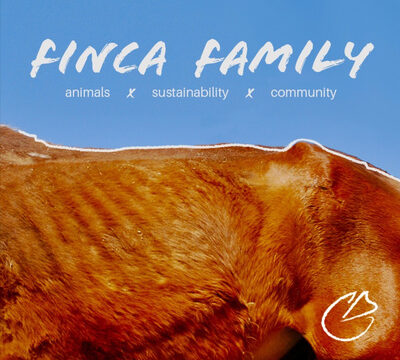 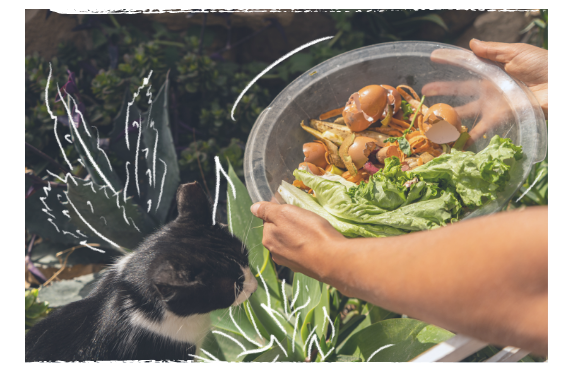 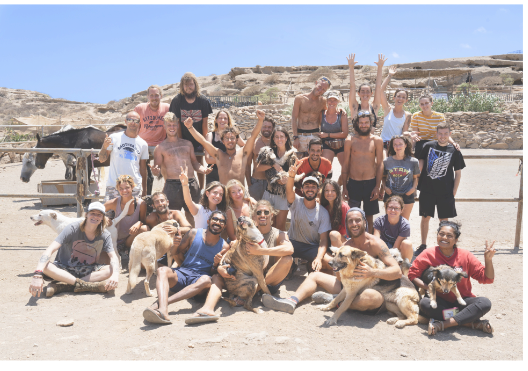