Improvement of sustainable project as a volunteer

Getting emotional with tears and laughter. Day to day life at the finca 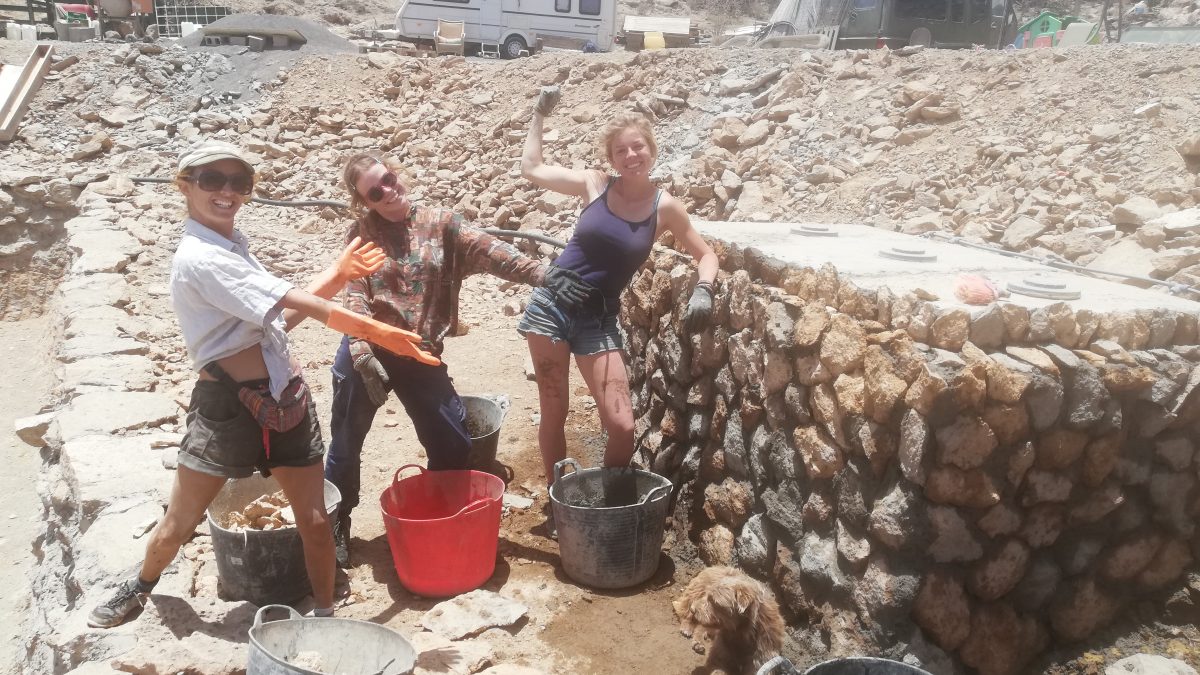 In March of that year I was living in London, working a dead-end job. Serving overpriced food to ungrateful people and generally not loving it. And then very suddenly my housemate James died of cancer. It was incredibly shocking. He had been ill for months but always seemed like he was going to get better. I’d seen him improve before my very eyes and then one day he went into hospital and didn’t make it out. I knew I needed to get out of London, to get out of England, but I didn’t know how. I’d never travelled by myself before and I wasn’t even sure if what I was looking for existed. I was devastated by James’ death, and I felt a strong need to do something worthwhile and meaningful…

So, I started searching Workaway. Emma was the first and only person I contacted and she replied saying that their finca was very basic but as long as I was prepared to rough it, I was more than welcome to come. I believe I booked my flight that night.

When I first arrived

When I arrived that first time, there was no running water, no electricity, and only three workaways staying. Compare that to my most recent visit in July 2020, where the finca has become a fully functioning community with solar power, multiple bathrooms and a communal area currently housing and feeding over 20 different people. I have been back to visit three separate times now, not only because Emma, Edo and Katy have become some of my favourite people on this earth, but also seeing the way the finca grows and evolves is an amazing thing to watch and be a part of.

First day on my Workaway adventure

That first day I arrived, greeted by dust and wind and sun that burnt me immediately, I felt at peace. I slept that first night in a dug-out cave, with three feral cats under my bed and Meh the goat chewing on my window frame. I wasn’t sure what I had become a part of but I knew I liked it.

The average day for a workaway experience begins at 8am. I would get up and stumble out of the cave house out to the feed the horses and water the plants before the sun fully rose. It’s a lovely thing to be greeted by 10 horses all whinnying at you because they know you’re the one who brings the hay! Emma asked me to come specifically to help bring on Eric- a 5-year-old English cob who had been terribly abused his whole life. He was found aged three, kept in a dark stable with no food and no water. He was so traumatised that it took two whole weeks before anyone could touch him. By the time I arrived he was friendly and boisterous, if a little flighty sometimes.

In those first couple of months I spent at the finca I fell completely in love with that horse. Even when he occasionally galloped off with me I never ever felt unsafe. I knew I wasn’t going to fall. Because the way Emma retrains these broken horses, means that the trust goes both ways. He trusted me to feed him and never hurt him with bits or shoes or riding crops. None of these horses are asking for a lot.

After feeding the animals

Once the horses are fed me and Emma would start trying to do something useful to help the boys building projects. We built cages for some of the little animals, we cemented and waterproofed what became the duck pond, we painted and we did endless trips to the bin.

There is something about manual labour that is truly good for your soul. Getting up in the morning was easy because I wanted to feed those horses. There’s no bosses telling you what to do or how to do it. The animals are the boss, and that’s how it should be. You want to work because these animals need you to.

The best part of the Workaway experience

But the best thing I ever got out of the workaway experience and meeting Edo and Emma was Ragnar the scruffy dog that another workaway found in a box on their way to the finca! When it became clear he wouldn’t be able to stay at the finca due to his wandering habits, he came via plane and car all the way from Tenerife to England. And now we are living in a little flat in Hackney, London. From a Spanish street dog, he’s turned into a savvy urban hound who loves going on the bus. And is getting pretty good at escalators! One day I plan to buy a van big enough to sleep in. And drive back to Tenerife with Ragnar the dog, so we can all be reunited at the finca.

I will forever be grateful to Edo and Emma, for giving me the best dog in the world but also for completely changing my life and the way I viewed the world.

You can sponsor their mission of helping out horses and animals that have been abandoned by their original owners.

I will see you all soon! 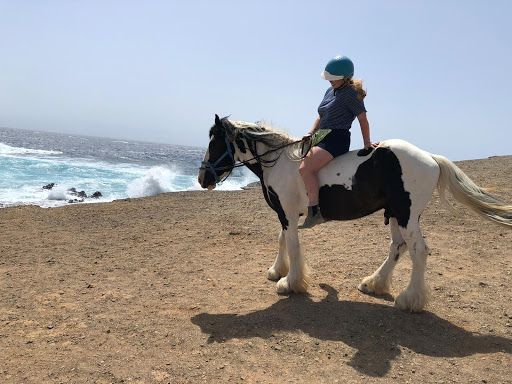 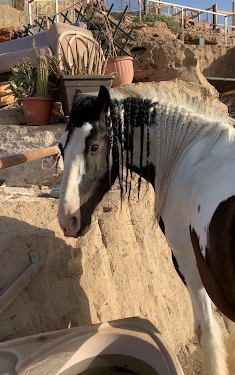 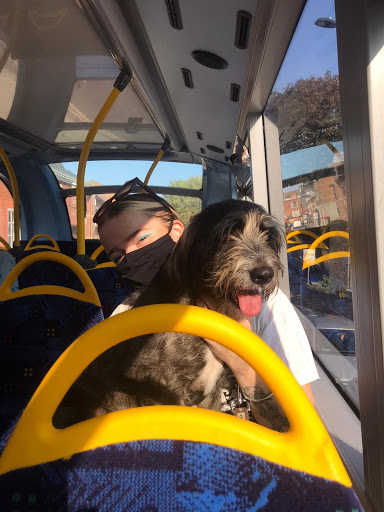