How to be Freegan

How to build a strong connection with your horse

How to work with animals 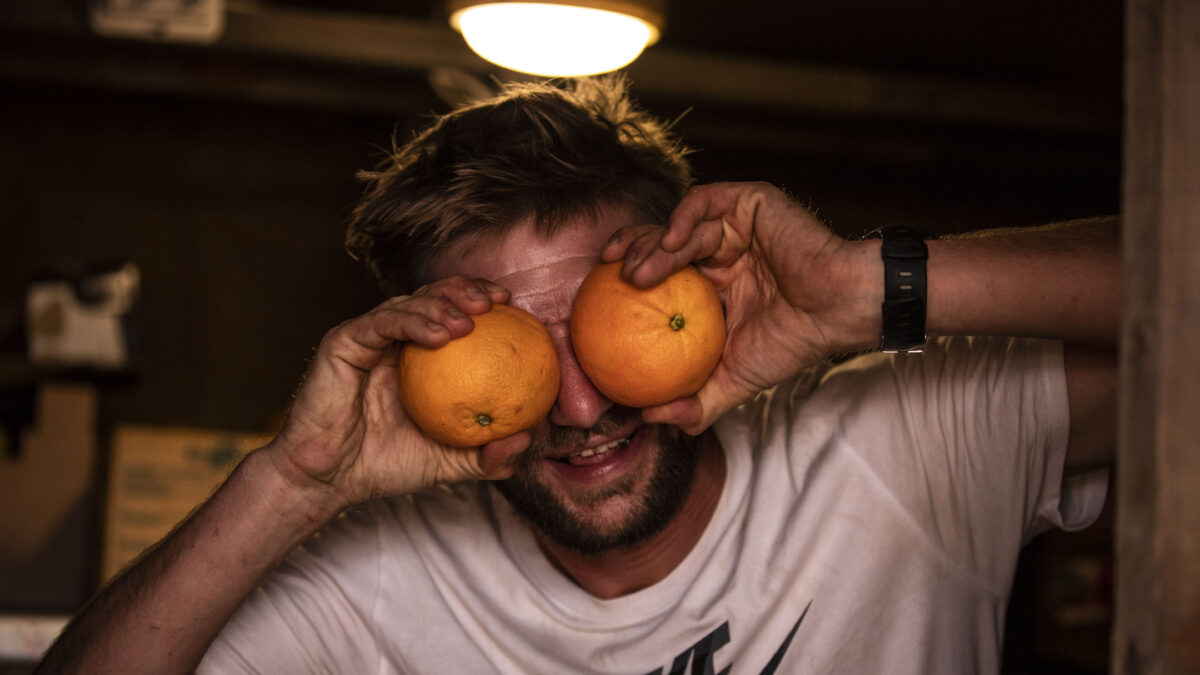 How to be freegan is a question we get regularly here?

Week 2 on “how to with Lola” Blog posts written on specific topics by 1 lovely volunteer, Lola from Argentina learnt from another knowledgeable volunteer. This time, she writes about how to be freegan.

Today. World Recycling Day is celebrated with the aim of raising awareness in society about the importance of treating waste so as not to contribute to climate change, and help to protect the environment. This is why we decided to write about how to be Freegan with the help of an expert on the subject: Zdzichu ( yes this is his name) Have you heard of this concept? Are you interested in knowing how to practice Freeganism? Keep reading!

Zdzichu is a traveler, storyteller and Eco Activist from Poland. At Tenerife Horse Rescue, we were lucky to have him as a volunteer for a month, enough time for him to contribute all his knowledge about how to improve our Freeganism  ways and avoid food waste. Today he tells us where this movement comes from, some social prejudices based on his own experience and other alternatives to combat waste and avoid climate change.

Freegan is a movement against the overproduction and waste of food and products by supermarkets and society. This practice, consists of recycling all the waste from supermarkets that are in good condition for consumption. This movement started from the massive waste caused by the capitalist system, by producing food and products that are later not sold and end up in the trash.

This is alarming not only because it causes great energy expenditure and pollution for the planet, but also because there are hundreds of millions of hungry people in our world. Rather than ensuring that the fundamental needs of all people are met, our society continues to pollute the Earth with massive waste.

“About 30% of the food produced ends up in the garbage. This amount is enough to feed all of Africa“

Did you know that there are nearly one billion malnourished people in the world, and the approximately
40 million tonnes of food wasted by US households, retailers and food services each year would be enough to satisfy the hunger of every one of them?

The UK, US and Europe have nearly twice as much food as is required by the nutritional needs of their populations. Up to half the entire food supply is wasted between the farm and the fork. If crops wastefully fed to livestock are included, European countries have more than three times more food than they need, while the US has around four times more food than is needed, and up to three-quarters of the nutritional value is lost before it reaches people’s mouths.

On this site you can find more real facts about global waste and its effects.

Products that you can find in the bin.

Is it possible to eat a balanced diet by eating what the garbage provides? The answer is surprisingly yes. In the supermarket garbage you can find a wide variety of foods. From fruits, vegetables, yogurt, to meat. Many people ask if freeganism is related to veganism. But the truth is that they are not necessarily related. It is alarming to see all those corpses in the garbage. Animals are slaughtered and then not even eaten by anyone.

Of course you need to be careful with what you take from the bin. Although the garbage from the supermarkets does not mix with the street, it is important to check the condition of the food well. There may be different reasons why these products are there. The most common of them: its expiration date. In this regard, Zdzichu clarifies that expiration dates are a “formality” for supermarkets. There is many food like rice and pasta that really can’t expire, but supermarkets still put an expiration date on them.

Other times the packaging just went bad so they can’t put it up for sale. You can also find much food in good condition that is not aesthetically very attractive. This happens a lot with fruit and vegetables. We are used to judge food by its appearance, when in reality an apple is not more nutritious because it is brighter.

Of course, there are many other products in poor condition, it is better to filter and separate them so that they do not contaminate the rest.

Although this practice can be “heroic” for many of us , society still has certain prejudices against it. It is true that many people practice how to be Freegan because of financial problems. And sadly, we live in an unsympathetic society. This is why it is very common to receive criticism or contemptuous looks while you go through the garbage.

“I understand that people judge us because we do not pay for what we eat. The truth is that I would love to pay for what I eat, as long as there is no waste. It is not a pleasant thing to go through the garbage and put up with the bad faces of the others, we do not do it for pleasure, we do it with an underlying motive “

As a public figure in his town, Zdzichu was initially ashamed of practicing freeganism. He was afraid of what people might comment. But then he lost his shame and understood that there should be more people who do the same. This is why he began to spread messages of conscience among his acquaintances. Some of them supported him and others are still reluctant to the movement.

As long as we live in a society where wasting resources and food in a massive way is more tolerable than recycling them, saving the planet becomes a difficult task. Luckily there is people who ignore the prejudices of others, make a difference and fight for change and social awareness.

The ideal scenario would be for the movement to be regulated. Or at least that supermarkets in all countries of the world, have the obligation to give these waste to poor people or charities. In some countries regulations already exist, but there are very few. And there are still people starving around the world.

Other ways of how to freegan.

It is true that freeganism takes a lot of your time. Many times you need to visit several supermarkets in the same day since you cannot always find a wide range of food in one. It is understood that not everyone has the time or the desire to practice dumpster diving. It is also possible that there is people who need more strict diets because of health problems, for example.

Fortunately there are many other ways to practice freeganism. It is not just a question of checking the garbage. But a change in the way we consume and dispose of. It is about making an appeal to conscience:

-Awareness when shopping. Don’t buy more than you need. That is, not massively. Try not to throw food away, there is always someone who may need it. Any neighbor, friend or person on the street. Do not get carried away by advertising. Let’s say no to mass consumerism.

-If you can repair it, don’t buy a new one. Yes, freeganism does not apply only to food, but also to objects. We are used to throw things away without being aware of the resources that were waste on their production. And not to mention the pollution they generated.

-Learn to preserve food well. There are hundreds of videos on YouTube that explain how to do it. This way you can prevent them from going bad quickly and consume them instead of throwing them away.

-Grow your own food. This is not only enjoyable, it is also the healthiest thing you can do.

Some tips on how to preserve food

Many times we end up throwing away a large part of the food we buy because it went bad fast. This may be, or because we buy more than we need, or because we store them wrongly.

Zdzichu shares some of his techniques to preserve food and make it last longer:

-If you get fruits wet its gonna get more mould fast. Avoiod direct sunlight and high temperature.

-there are some products that people think have to be at fridge. But if its pasteurized we can conserved it outside the fridge and everything will be alright.

-Don’t mix different kind of vegetables. You can separate them with paper in different levels or papel tower and they will last longer if they do not touch.

There also many accounts on Instagram that you can follow to learn how to save food. This is one: good.to.go.es.

UPDATE: We have a new blog post about how to cook freegan, featuring our great kitchen team.

At Tenerife Horse Rescue we are aware of the large amount of waste in society, that is why we have chosen to adopt this movement.

It is true that for us it may be easier than for private individuals since, being a foundation, we receive a lot of this food in the form of donations ( however this took us 3 years to accomplish). Many times we do not have to go through the garbage directly anymore, but they keep separate boxes for us with the products they cannot sell. It gives us great pleasure to know that
with this waste we can feed many people and animals.

Our community is made up of approximately 30 people and hundreds of animals. And every day, each one of them, gets a totally nutritious and different meal. We have food for all tastes. We bring so much food that we even share with other families in need who do not have the funds for food. Everything that is left over is eaten by our animals. And what they don’t eat is compost for the earth. Nothing is wasted.

The world’s food system is in trouble, and it isn’t going to improve without our help. Let’s become aware of what we consume and lets recycle!