A charity to save animals: Billy O’Shea charity single

Horse communication: when your horse says no! 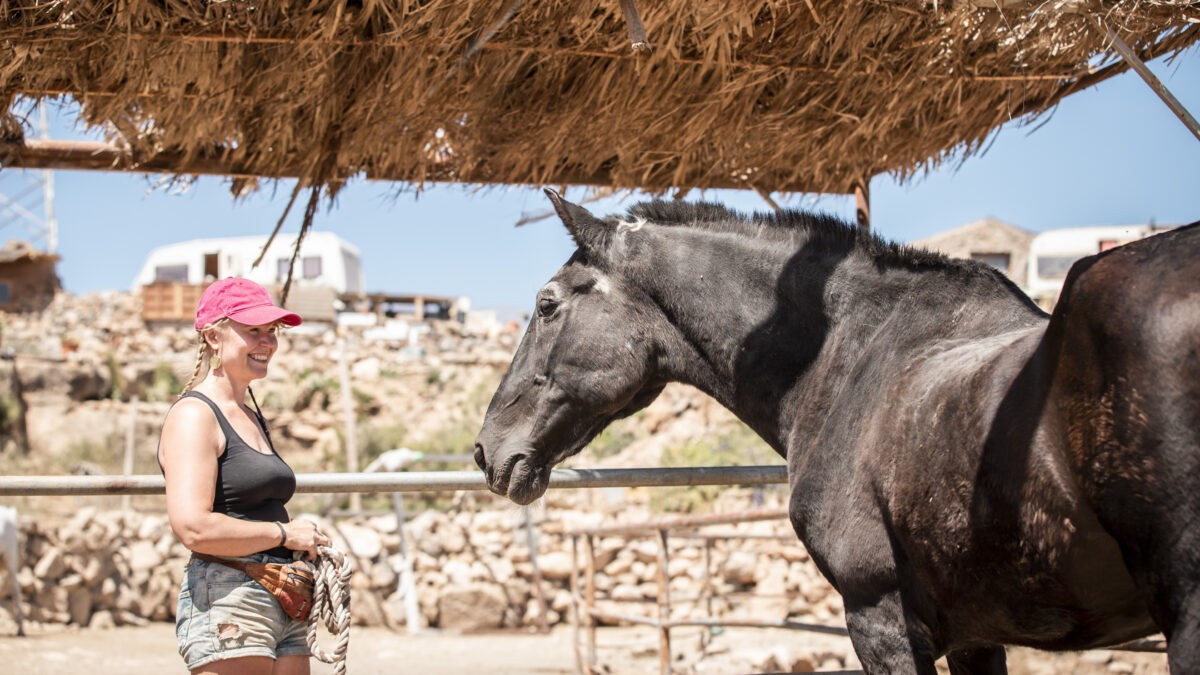 Following on from our charity single "fall down Billy O'Shea" lets talk about Billy. Not the original Billy but our Billy. Meet Billy O'Shea the beautiful black rescue horse who came to us 2 weeks ago. His story of herd life and how important it is for horses to have horses.

Less than 2 months ago Billy was destined for becoming dog meat.

Due to his injuries and conformation, Billy is no longer able to be a riding horse. Sadly here this is deemed worthless and horses are usually left to starve or drugged up and sold on as someone else's problem. For Billy they had different ideas. He would be killed and used as meat to feed all if the dogs that they bred. A very undignified, inhumane and illegal  solution to their "problem". Fortunately for him a kind couple found out and took him to their farm to live temporarily until they found out about us.

They told us his back story with tears in their eyes. Thankfully this world has lovely people who make up for the awful people. As soon as we saw him, we saw his "problems". Sure he was in discomfort but nothing that should have his chance of life taken away from him.

Before Billy came we were playing a game of musical horses. A game we play very often. We have 5 paddocks and 19 (now) horses. We regularly have to move around to find harmony in between the paddocks as we still do not have enough space to recreate nature. They need time to find their natural leader and friendships. This is lovely to watch as the calm leader asserts his leadership with a look. Unfortunately it is not always the case. As humans we have done another thing to ruin the nature of the horse. Keeping them alone. They don't like this, it is not natural and it benefits no one except the horse owner who doesn't want to deal with nerves watching them settle it, little bald patches and torn rugs.

By the time they come to us later in life and get introduced to a herd of horses they are often terrified and confused. Unsure of how to act like a horse. Unsure of what is expected of them and what the other horses are going to do to them. We have watched a pattern over the years evolve with horses that have been stripped of the basic natural instincts. 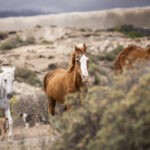 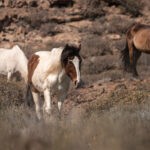 This is exactly what happened with Xavi.  Such a big strong powerful horse with an amazing nature and a "happy"back story. He was at least well loved, well fed and given medical treatments. However due to ignorance and common practice of keeping horses he lived alone and had formed a very strong attachment to an old dog. As cute as this was to see,it had underlying problems for horse and handler. You can read the back story of Xavi, his accident and why he came to us on his profile.

When Xavi arrived he was scared of all of the horses. It did not matter that he is bigger and stronger than every other horse we have here. He was scared and was subsequently the bottom of every paddock. We played tetris over and over again trying to fit him in somewhere where he was comfortable enough to eat. Due to his nervous nature as a thoroughbred he over thinks and struggled to stand his ground even to the bottom of the packs. This only spurred them on more to fight for their place as "not the bottom" In the end we moved them around so much that he ended up in a small paddock alone. Separated from the others by a bar. He has safety but still contact. This was our only solution for now. Here at Tenerife horse rescue we try to create as natural as possible environments with what we have available *hopefully soon our paradise paddock* so this was not an ideal choice but for him it was a necessity. 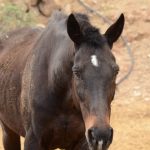 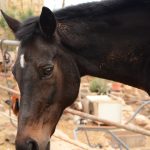 When Billy came we all had our fingers crossed that he would be the new best friend for Xavi. Hoping that he could join him in the private paddock and continue the harmony. Against all odds it worked. He fit right in immediately. Within moments they became best friends and 3 weeks later they still are. Although it only took 2 minutes for Billy to walk in as the new leader. He did it with calm assertiveness which gave Xavi confidence rather than fear. Now they can be seen grooming each other and sharing feed buckets. Enjoying natural instincts and necessities of horses.

Something so natural yet so uncommon.

Horse friendships. Horses have herd mentality and need this connection to thrive. You can read more about this on many other blogs and websites such as here Most of these places explain much better than me and my writing anyway.

I can concentrate on telling you about our horses and how they are now.

This is the name of our lovely new horse but names after our charity single. In case you did not already know this. Read our previous blog post. It is out now on spotify apple music and youtube. Please have a listen. it will take you 2 minutes. Which you will enjoy we promise and you will help us help the animals. 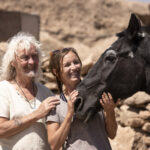 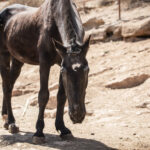 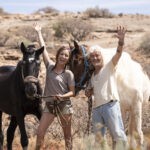 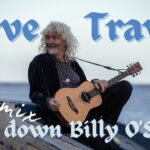 Listen for free to help the animals.... its that easy!