our Xavi has had a tough couple of weeks. He was on a really good track, the wounds on his back legs finally healed but one morning we woke up and found him laying down in the paddock. We made him stand up and he was hopping around on 3 legs, with a severe lameness on his back right. We got the vet in for an emergency visit and he was diagnosed with an abcess in his foot, causing strong pain. He got painkillers and antibiotics and the abscess burst a couple of days later with the help of hot salty water baths. However, the big wounds on his fetlocks caused bad blood circulation and a blood cloth in his leg led to a severe swelling. Xavi was on the edge, for a week we didn’t know if we will be able to save his life as the severe swelling caused that the cornad band burst and if the sweeling didn’t go down there was the risk that his foot would come off. Xavi is a fighter and together with the best horse vets on the island and lots of medication, cold hosing and massages he took a turn for the best and we managed to get the swelling down, just in time. It took a couple of weeks to get the swelling more down, but now he is doing much better, walking around in the paddock with his best friend Turbo. However, he has a long way to go until he will be alound to go out on walks again. The hoof needs to regrow (the process is going nicely though), this will take at least 6 month. We are doing everything to keep him happy, giving him lots of love & attention. Oh poor Xavi boy. 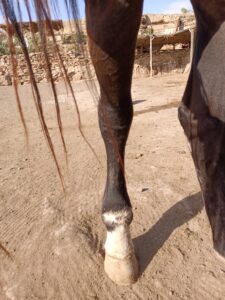 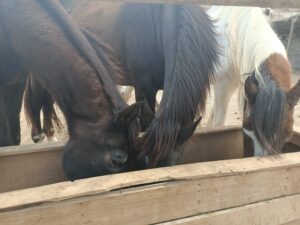 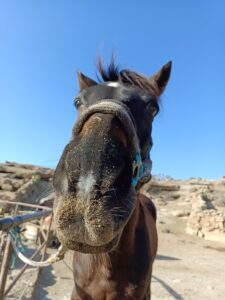 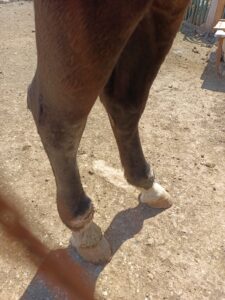 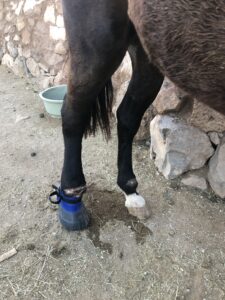