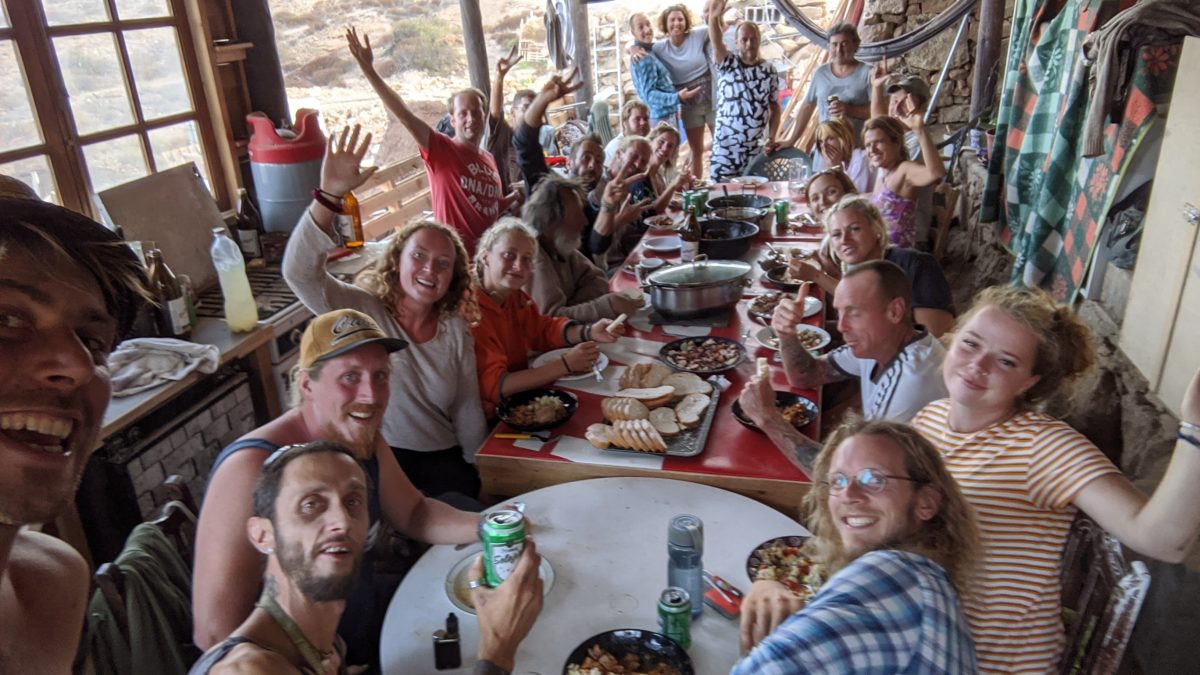 I came here to volunteer five weeks ago and was told that the finca is freegan. Which means that we eat whatever is donated or food that would otherwise be waste. I thought this would mean that there would be very little to eat or that it wouldn't be too appetising. That didn't put me off because I think that the amount of food waste humans generate is appalling. It's not just the fault of individuals overbuying and discarding when past best, it's a global issue. Businesses discard so much food that is still completely edible and there is a lot of red tape around them being able to donate it to organisations or individual people who are in need. In fact, businesses are what contribute the most to the crisis.

Situation in other countries

Some countries, such as South Korea, have really impressive and innovative ways of combating food waste. Ways that addresses the issue directly, as well as recycling to create bio-fuel and create jobs. Unfortunately, this isn't universal and on the island there are several issues to face.

My slight apprehension was unfounded because the volunteer in charge of the kitchen makes amazing meals for us with whatever is donated or found. I'd probably spend a lot time looking at everything in the fridge and struggle to come up with recipes that everyone likes, but he manages to do this every work day for our group breakfasts and lunch. We work in collaboration with a few businesses who are able to donate to us because we are a charity. We get bread and cakes from a bakery every day and our other staple came from a supermarket that allocated two days to us. All of this would just turn into food waste if it didn't come to us.

Whatever we don't eat goes to the animals, which means that not only are we recycling and reducing waste but it also allows for all monetary donations to go towards the most important costs such as expanding the sanctuary, animal care, vet bills and horse feed.

There are currently around 25 people living and working on the finca, with a food bill of almost zero euros. We eat three meals a day, we have snacks and don't want for anything. A few of the people here have been living this lifestyle for years, bin diving and finding donated food so they can travel cheaply and not contribute to the food waste crisis. It's proposes a symbiotic benefit and highlights the trend towards more ethical living especially amongst younger people.

Not everyone is happy to reduce reuse recycle

However, someone recently denounced the supermarket for giving food to us. While it's legal to give to charities, it isn't legal to donate to individuals and our guys could not ignore people waiting to go through the bins in order to feed their families. They have shared with people, as it should be, but we were punished for this and have spent a few weeks trying to negotiate resuming our partnership. They themselves are more than happy to give to us and anyone else. Other branches of the same supermarket chain similarly donate their food waste to charities and food banks. It's utterly shameful that it is illegal to give food to hungry people when it would otherwise contribute to a global food waste crisis. Especially in this economically unstable time due to Covid, with so many struggling to make ends meet.

We were worried for a while and yes, our most stable food source was taken from us for a short time, but we've managed - perhaps with a little less than usual, but no one has left and we're all still working. We believe in what we are doing here, in this community and we enjoy our work. It's been amazing to see so many people on the island step up with donations. The Brits on the finca (myself included) have had big smiles on our faces due to a big bag of Typhoo teabags turning up, as well as a few other British staples. The homemade clay oven was ready during this time so we made pizza and generally found ways to make a little go a long way, while making everyone happy. The pizza was amazing by the way...definitely worth the wait!

Humans can be so resourceful

The volunteer who cooks for us during the working week still managed to come up with tasty meals for us all, thanks to the resourcefulness of the guys that collect food waste and the lovely people who have gone out of their way to make sure we are fed. This means that our food bill is still almost at zero euros and we don't have to live on cream cakes from the bakery...although I know a few people that wouldn't mind that arrangement.

We noticed the loss of our main food delivery a little bit, but a lot less than we thought and fortunately the money raised still goes to where it's most needed, which is directly to the animals! Any food we don't eat goes to the animals too, or becomes compost so that we can grow our own food here. We reuse, recycle and reduce - which may be a buzzword sentence but it's such an easy transition to make. Just being more mindful about consumption and where what we use will end up.

Ultimately, after a couple of weeks we now have our usual deliveries back but for me, it's just highlighted how the current rules regarding food waste do absolutely nothing to help reduce it. It should be a simple equation; there's too much food, people need food, so you give it to them and it solves two problems. However, that's not the case and it makes no sense at all. This is why we have begun the process of becoming a registered food bank so that we can continue to distribute the food donated to us to those in most need of it around the island. Bureaucracy is late, but we're working with it to keep doing what we believe in. 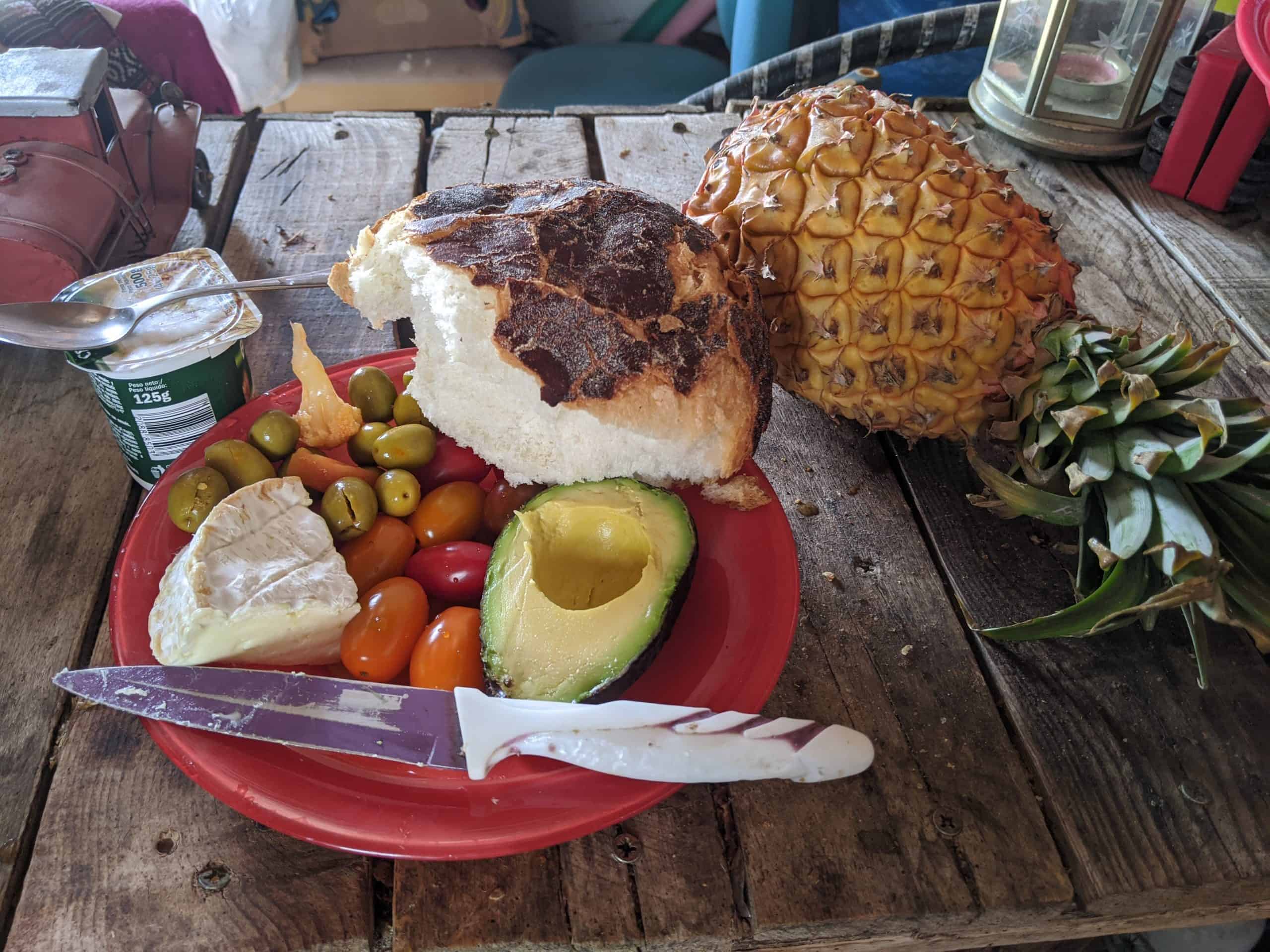 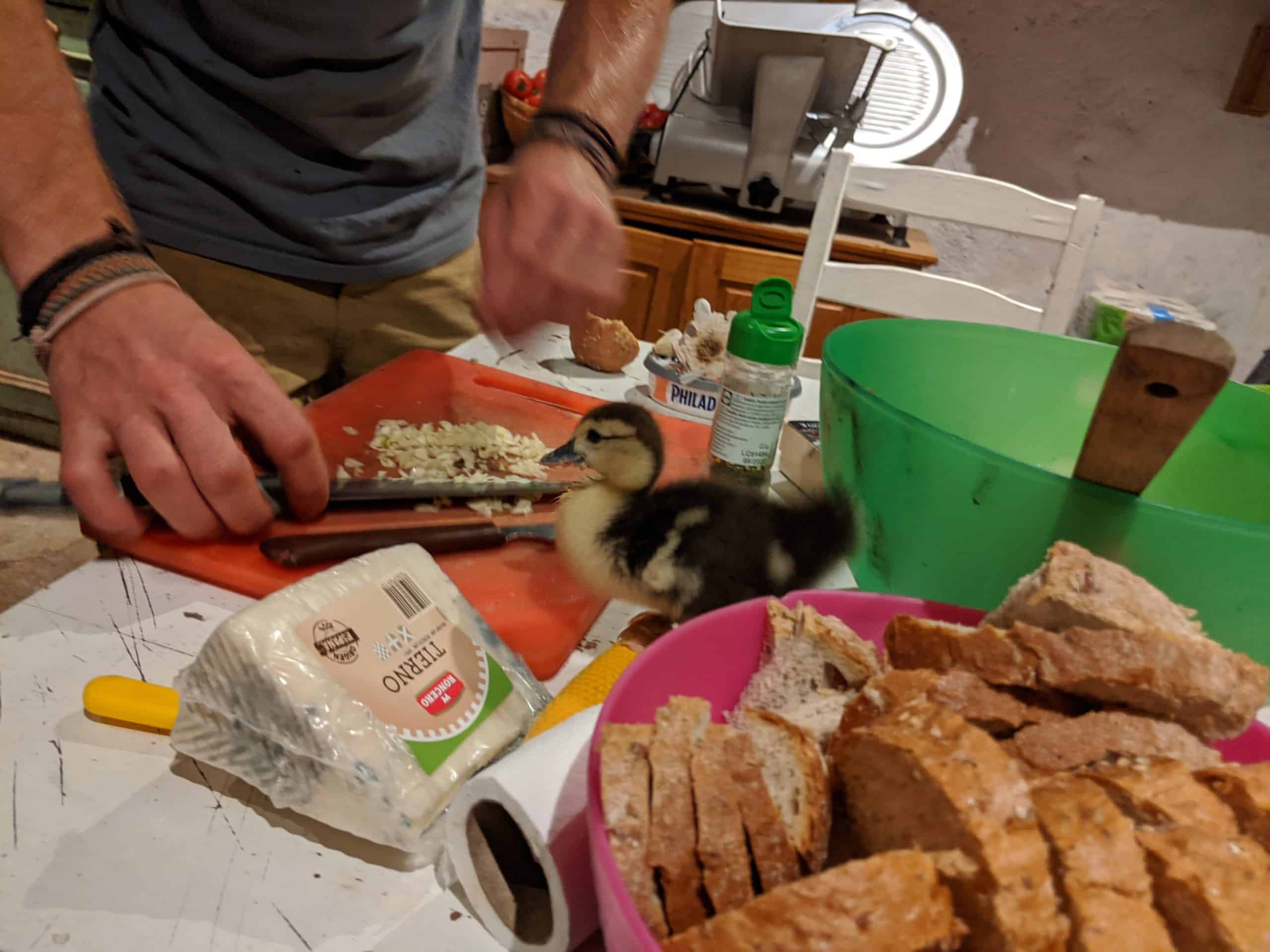 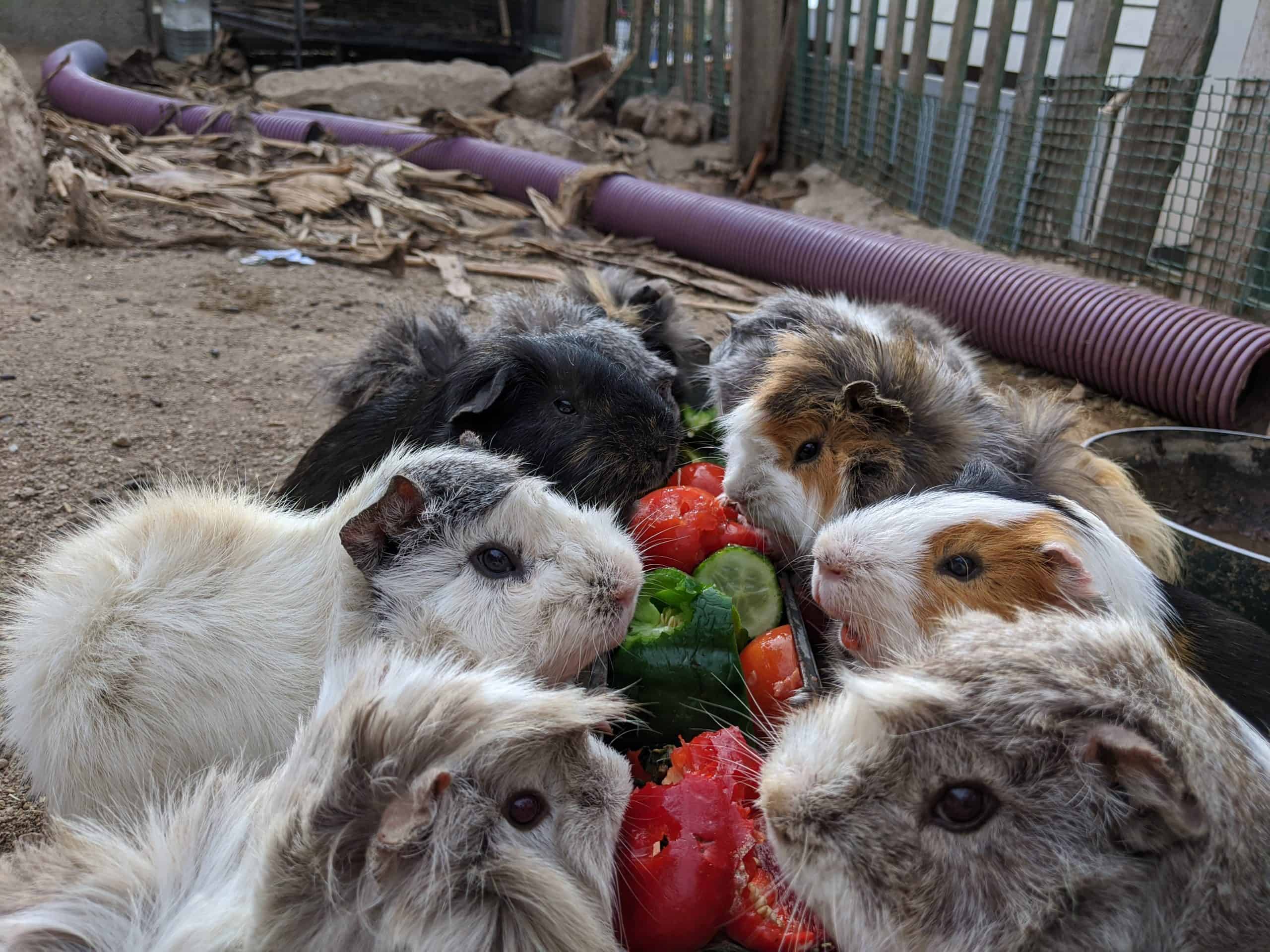 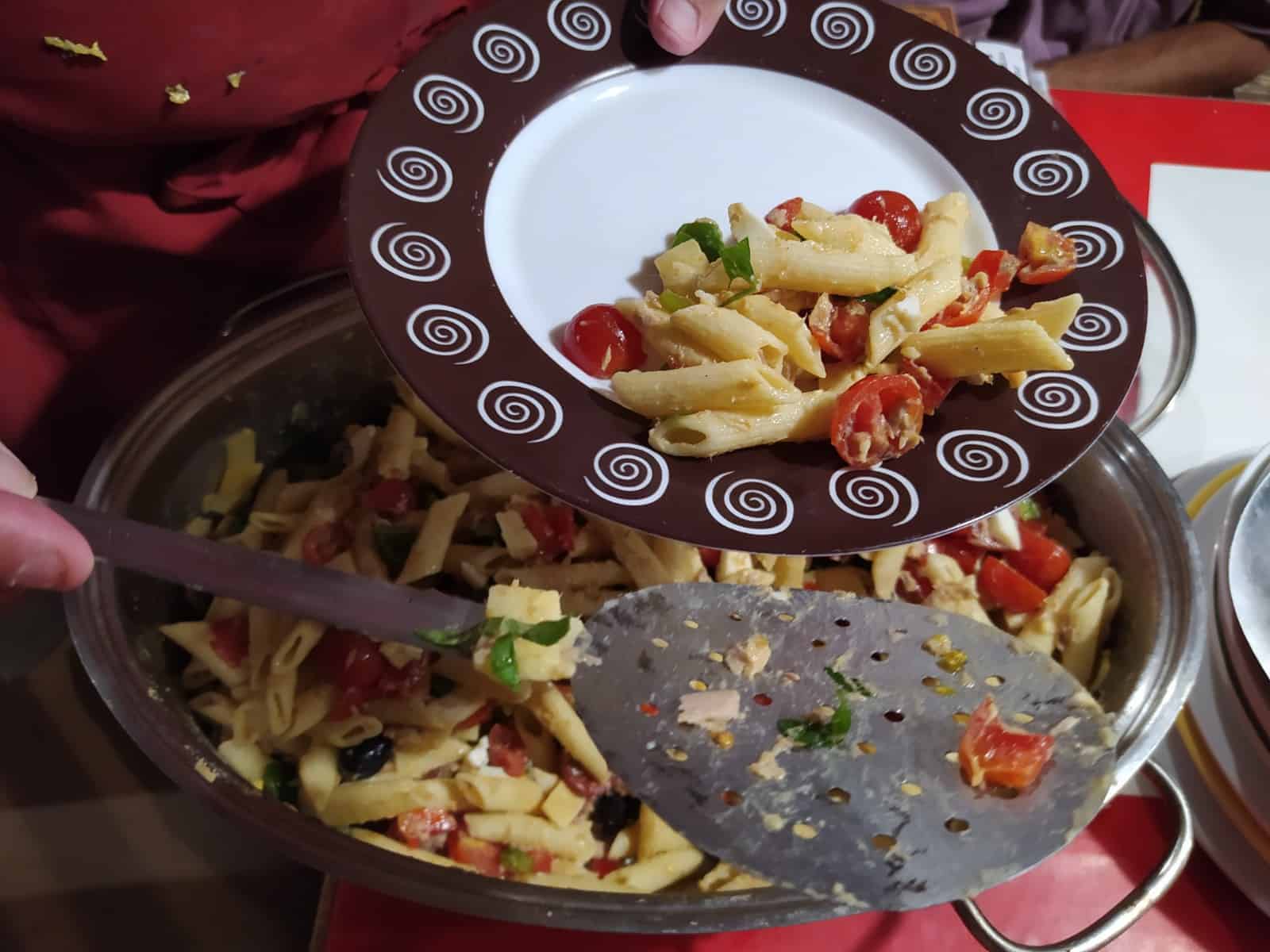 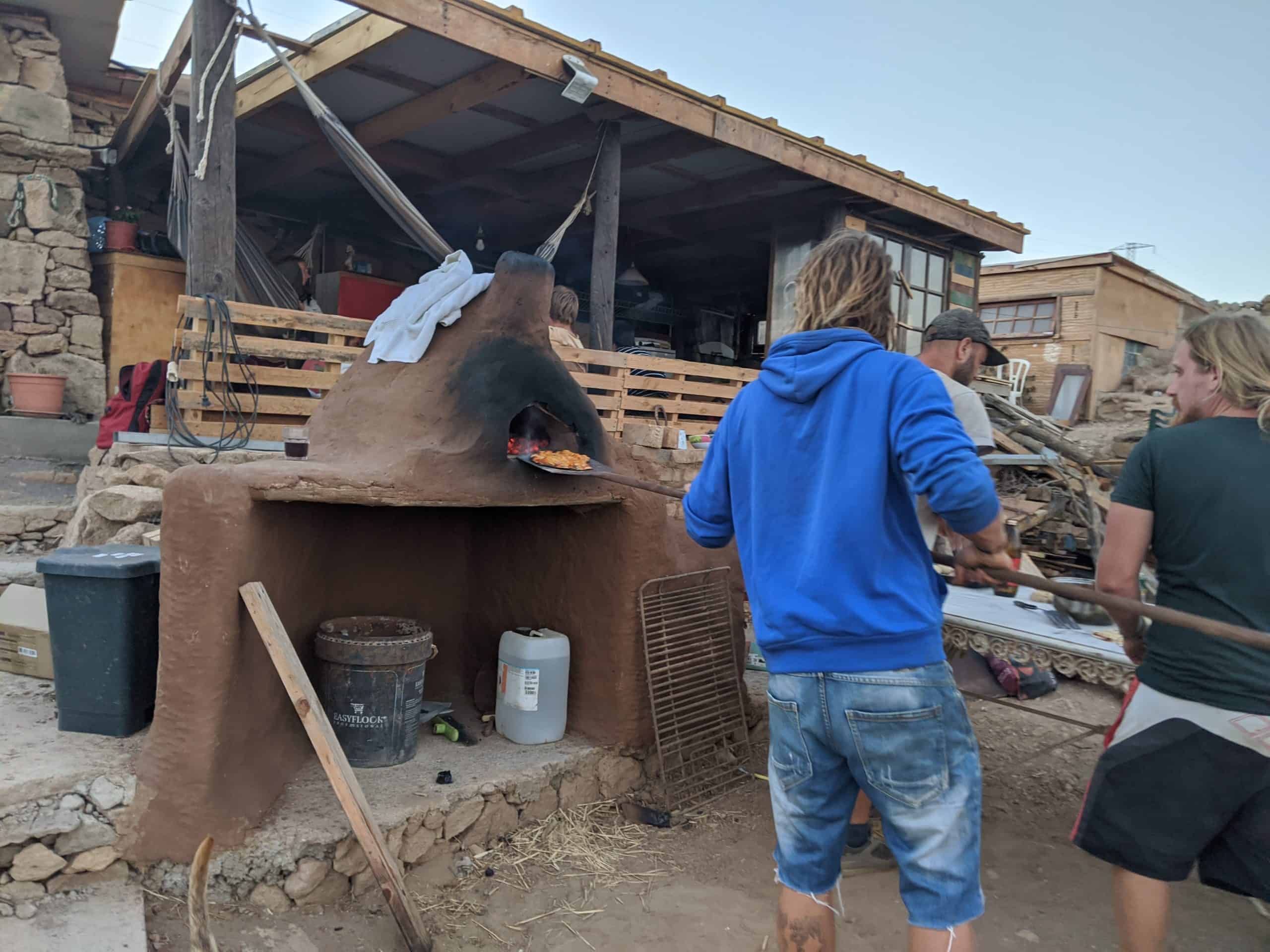